Home / The Blog / The Power of Perception: Change The Narrative

As most of the country tuned in to ESPN on Monday to watch this week’s episode of Monday Night Football there was a continued conversation being had. The conversation revolved around five different individuals and seemed to overshadow the game itself. With the Pittsburgh Steelers visiting the Tampa Bay Buccaneers the commentary should have just been on the 0-1-1 Steelers playing the surprisingly 2-0 Buccaneers. 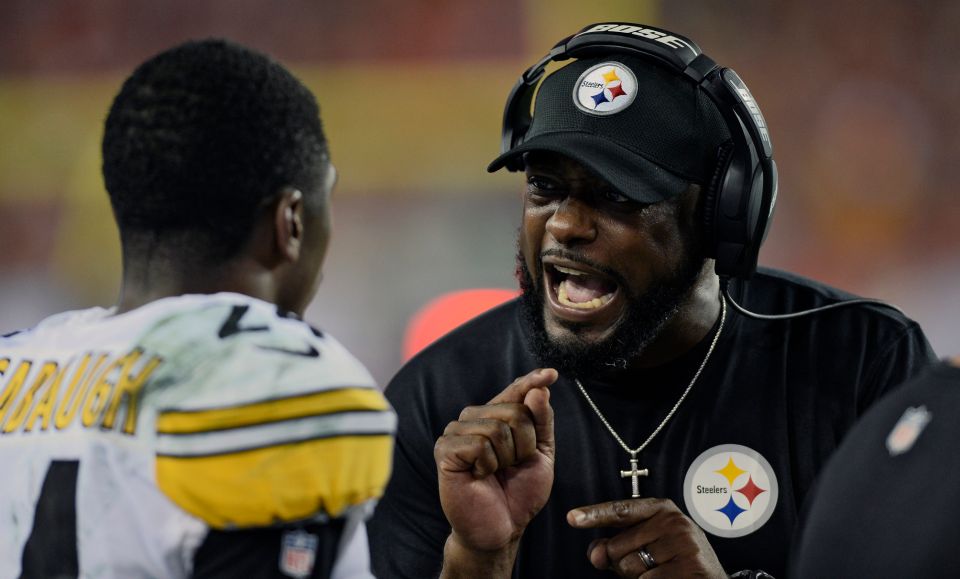 Instead, the conversation was about Mike Tomlin, Antonio Brown, Le’Veon Bell, Ryan Fitzpatrick and Jameis Winston. At times it was fitting, but for most of the game it was an annoying conversation that showed the limited amount of topics the crew had to discuss. Every penalty the Steelers accumulated, the announcers went straight to Mike Tomlin and has he lost the team. The two do not have anything to do with each other but if you let Joe Tessitore, Jason Witten and Anthony “Booger” McFarland tell it then Tomlin is to blame for the waterboys not refilling the cooler to the proper heights.

At various times throughout the game there was several references to Antonio Brown missing practice last Monday. This story was a dead issue by Thursday but they kept it alive and somehow turned it back towards Mike Tomlin. During the second half when Brown did not catch a pass, the crew speculated on is he frustrated and ran back to the dead story of him missing last Monday’s practice. 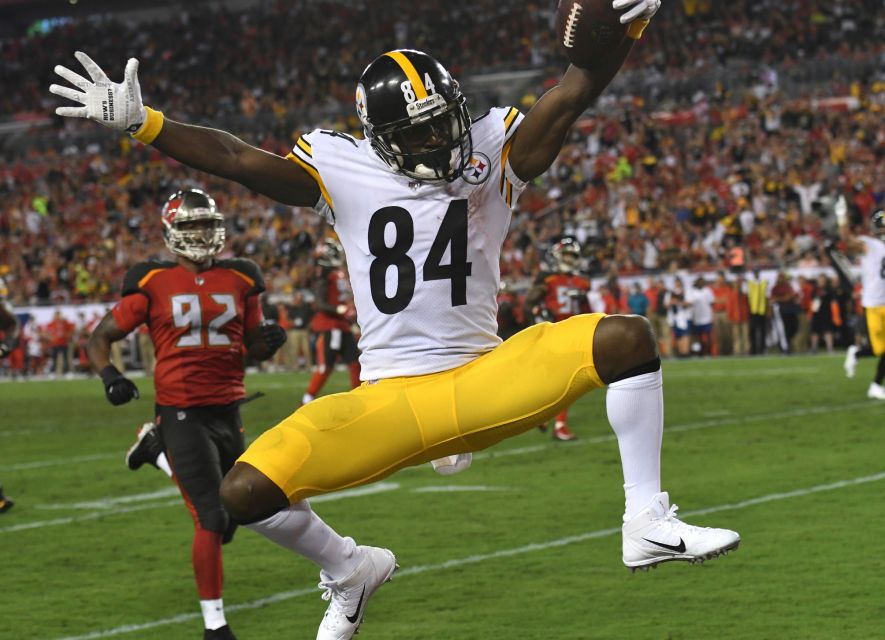 The never ending saga of Le’Veon Bell and will he return was talked about too many times to count. As a football fan, we have all been relegated to the notion that Le’Veon will return when he gets ready to return. From the MNF crews perspective, this is a horse that must continuously be beaten. Every time James Conner touched the ball the conversation went immediately to Le’Veon Bell. 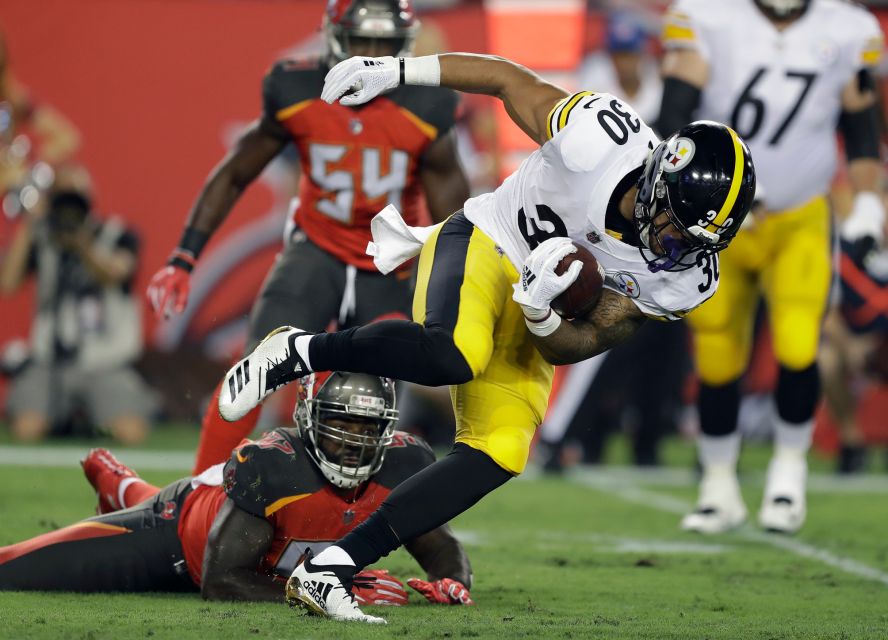 At one point, there was a 5 minute discussion between Tessitore, Witten and McFarland on air about how they feel. During Witten’s rant, he sided with the Steelers players while McFarland sided with Bell. After McFarland gave his opinion, Witten sided with him but still remained on the side of the players. It was the most pointless on air discussion of the night that ended with Jason Witten not actually choosing a side on the matter.

Now to Ryan Fitzpatrick and the nonstop conversation they had about him during the night. Yes, he is having an amazing start to the season with little to no pressure in regards to his job status. Yes, the guy he is filling in for will be back at the office Tuesday morning at 5am. Yes, Ryan Fitzpatrick set an NFL record with 3 straight 400 yard passing games. Yes, he threw 3 touchdowns on MNF. Yes, he threw 3 interceptions with 1 being returned for a touchdown (The Buccaneers lost by 3). 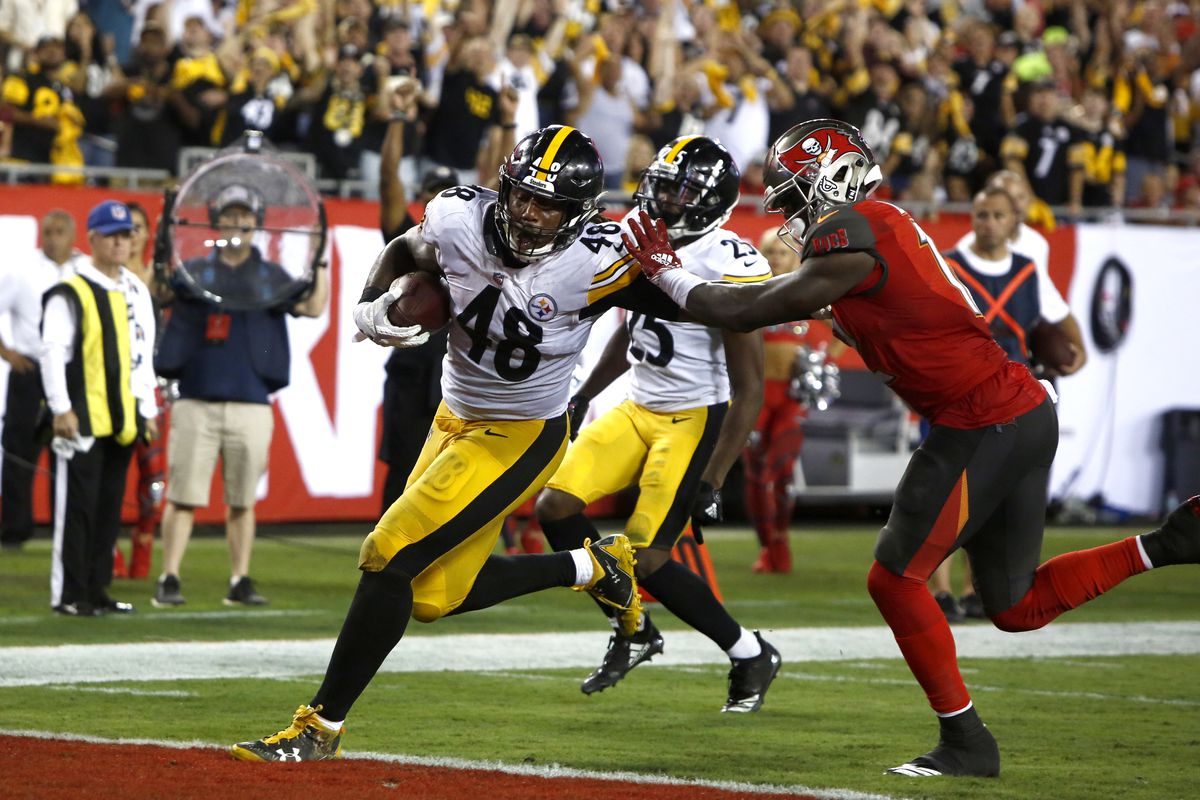 Will or will not Jameis Winston be the Buccaneers starting quarterback come Tuesday morning. This is a decision that Dirk Koetter has to make but during the telecast, it was a decision that was made seemingly after every Fitzpatrick pass. I like most people that love the game of football enjoy MNF the commentators but at some point, they have to be held to a higher standard and forward the game that we are watching.

On most nights this happens but tonight it was invisible. The game came with those five built in story lines but unlike most stories, they did not have an impact on the game we all were watching. These stories are better made on sports talk shows like First Take and Undisputed but on this Monday, we all had to endure this bland three hour dialogue on five rotating topics. 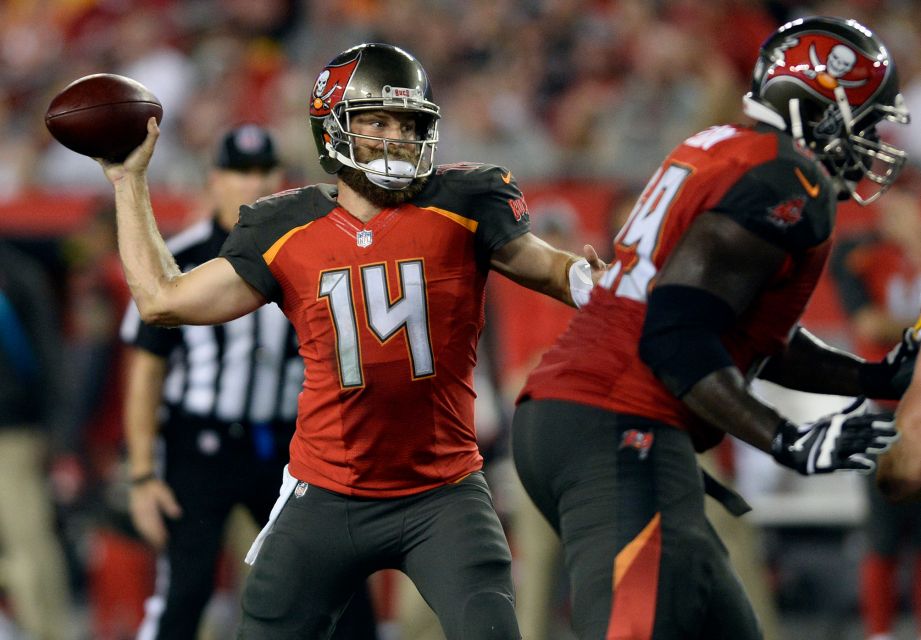