Home / The Blog / Dear Cleveland, Thanks for Participating

Another first round has gone by and the Cleveland Browns still have not figured out how this draft process works. A team that came into the draft with all of the leverage somehow found a way to repeat failed processes from previous drafts. With all of the information that the new regime had available they still found a way to remain the same Cleveland Browns that we’ve always known them to be. With two of the top four picks and 3 second round picks, they had an opportunity to trade up or down and pick the best player available at each selection. Instead of using the normal draft strategies, the Browns tried to reinvent the wheel and started the night with the surprise selection of Baker Mayfield. At this moment, I knew the Browns hadn’t learned from previous draft blunders and were still using old data to make their selections.

For a team that just traded for Tyrod Taylor this offseason, there was no need to reach for a quarterback at number 1. The New York Giants with the second selection showed the Browns how to properly draft as they took the top rated offensive skill player in Saquan Barkley. Although I am not sold on Barkley being a good NFL running back, he plays a position of need so the Giants couldn’t pass on him. Similar to the Cleveland Browns, the New York Jets took yet another former USC quarterback in the top 5. For a university that has historically sent quarterbacks that reached their peak in college they still find a way to pass the eye test and get drafted high. With the fourth pick, the Cleveland Browns had to opportunity to bolster their defense for the next decade. Instead of taking Bradley Chubb so he could be paired with Myles Garrett they selected CB Denzel Ward. If the Browns selecting a Heisman winning QB and a CB in the same first round sounds familiar then you nailed it because they followed their 2014 draft blueprint with their selections of Justin Gilbert and Johnny Manziel in that draft. 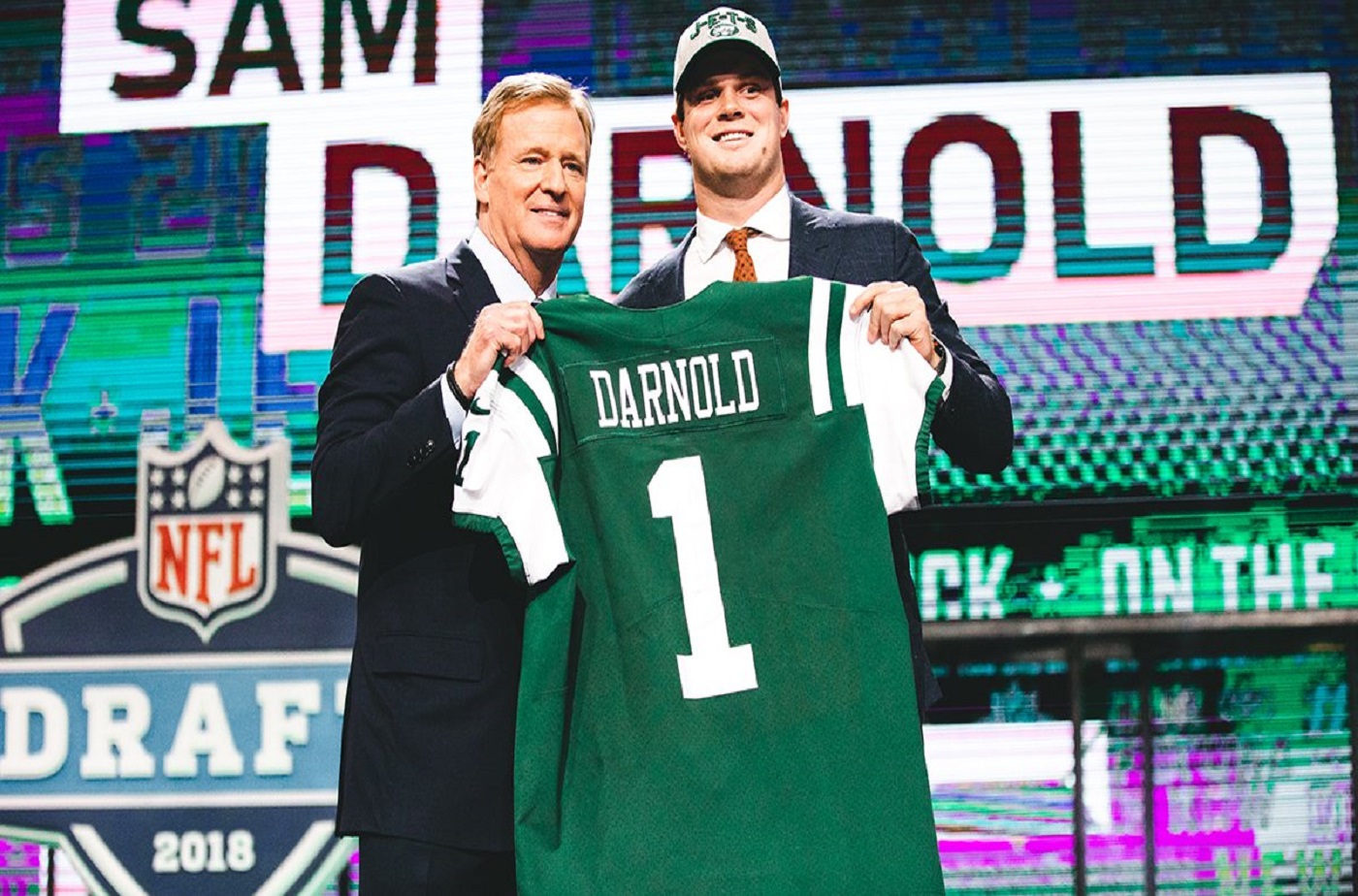 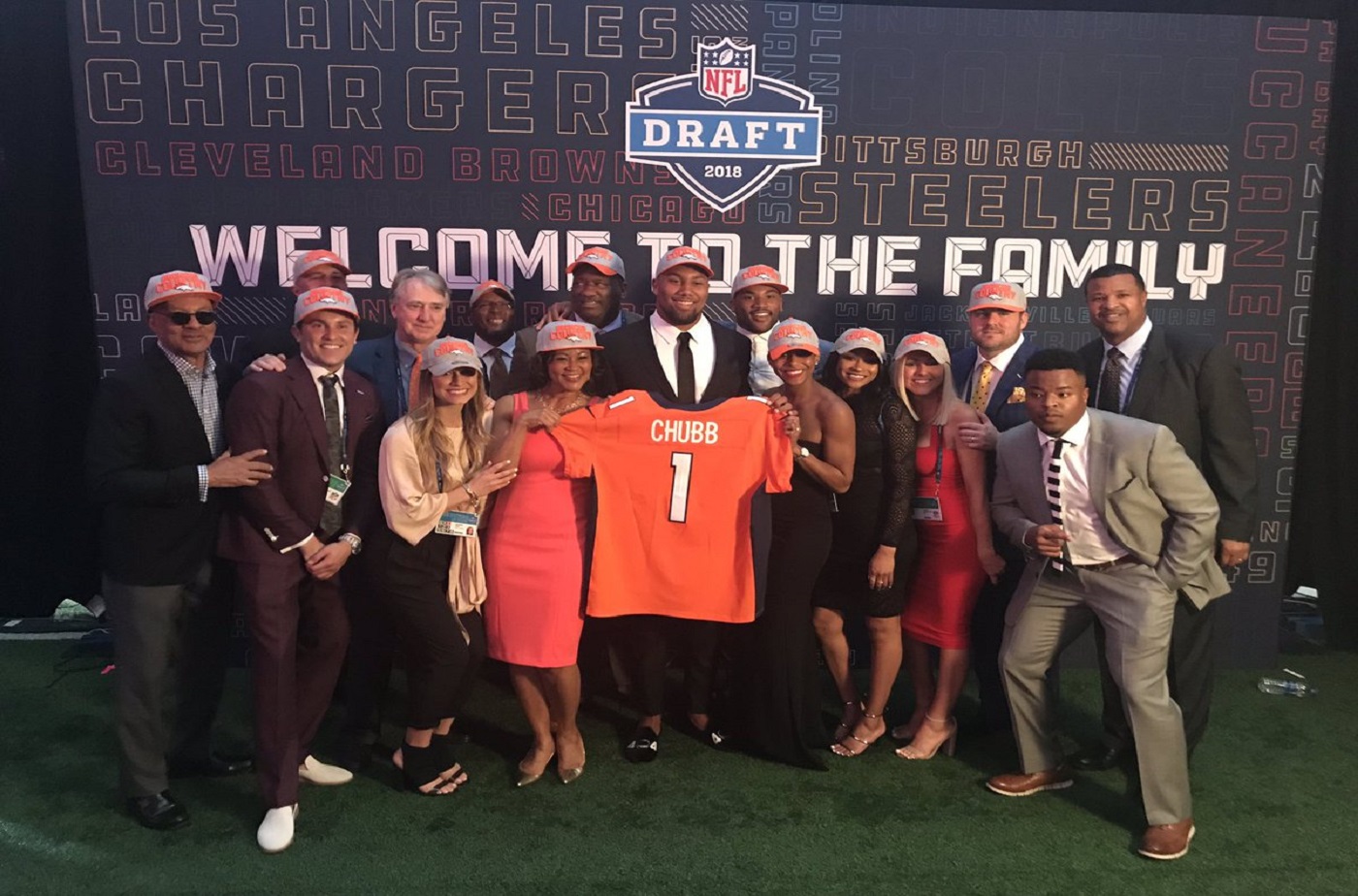 With the 5th pick, the Broncos stayed out of the quarterback market and took the player the Browns should have taken number 1 overall in Bradley Chubb. The Colts drafted for an extreme need with their selection of an Offensive Lineman, The Bills traded up to get the highest rated QB in the draft and the Bears took the player the Browns should have selected at number 4 in Roquan Smith. The Cardinals traded up 5 picks to get their quarterback of the future in Josh Rosen. The next 8 picks brought no surprise as each selection was either an extreme need or the best player available. With the 19th pick, the Dallas Cowboys drafted Leighton Vander Esch who fills a need but doesn’t help the quarterback they want to make the offense friendly for. Then the Lions and Bengals turned the next two selections into the NBA draft with both teams gambling on centers in the first round. 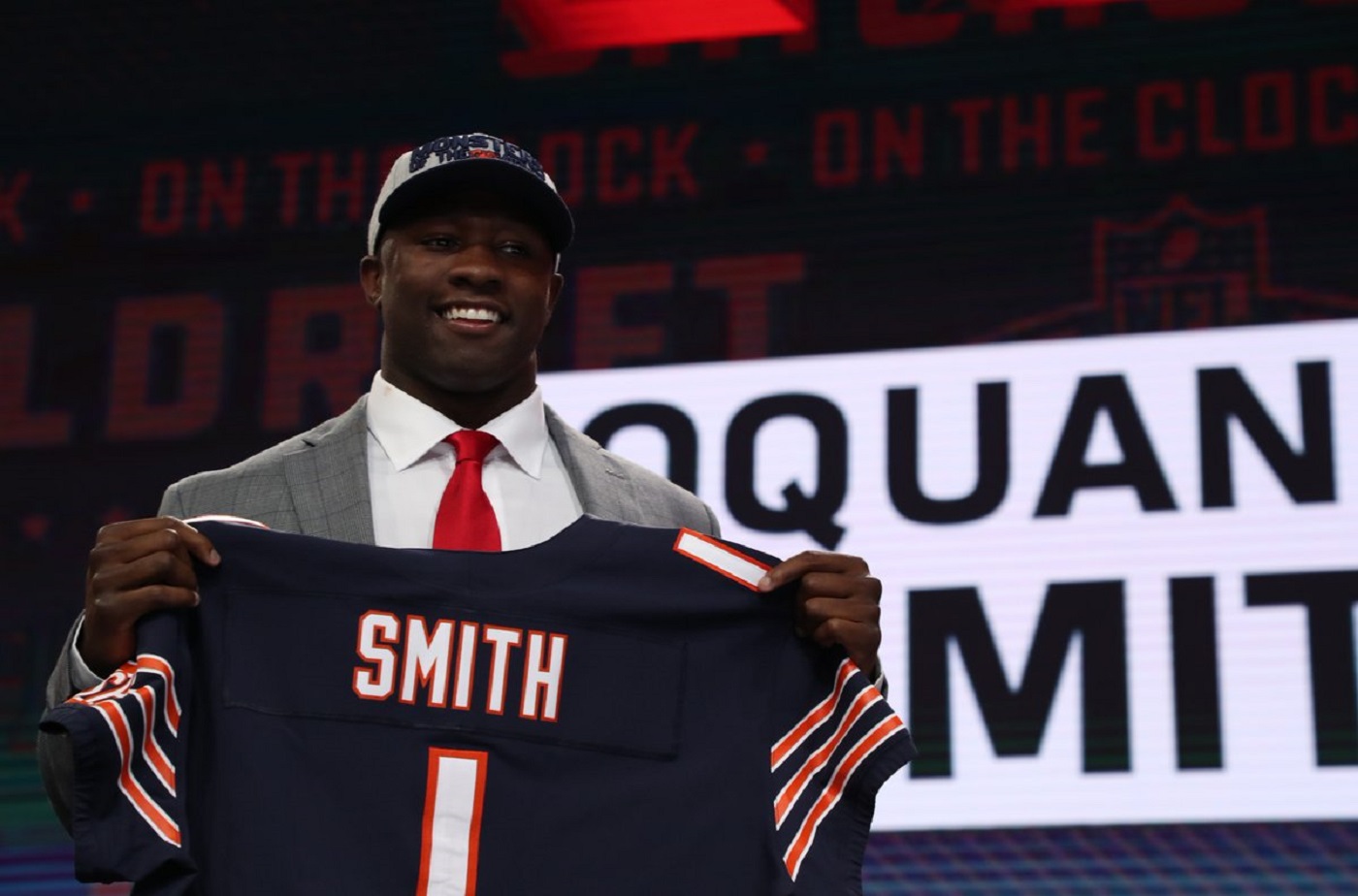 The picks by the Titans, Patriots, Panthers and Ravens went according to need as they added players that will help their teams immediately. The Falcons made a panic selection with Calvin Ridley after Julio Jones scared the franchise by deleting all Falcons photos from his social media accounts. The Falcons had too many needs to settle for a receiver that only ran 3 routes in college. The Seahawks decided to one up the Falcons and selected a running back who had a late 2nd to late 3rd round draft grade. They also needed so much more and should have traded back for more picks instead of reaching for a player they could have gotten later. The Steelers, Jaguars, Vikings and Patriots made need selections as they drafted players that can help them right away. With the last selection of the 1st round, the Baltimore Ravens traded back into the 1st round to select Lamar Jackson. With the selection of Jackson, the 2018 draft matched the 1983 draft with 5 quarterbacks drafted in the 1st round. Only time will tell if Jackson will become the second coming of Dan Marino but it definitely places a huge chip on his shoulder being the last QB drafted. 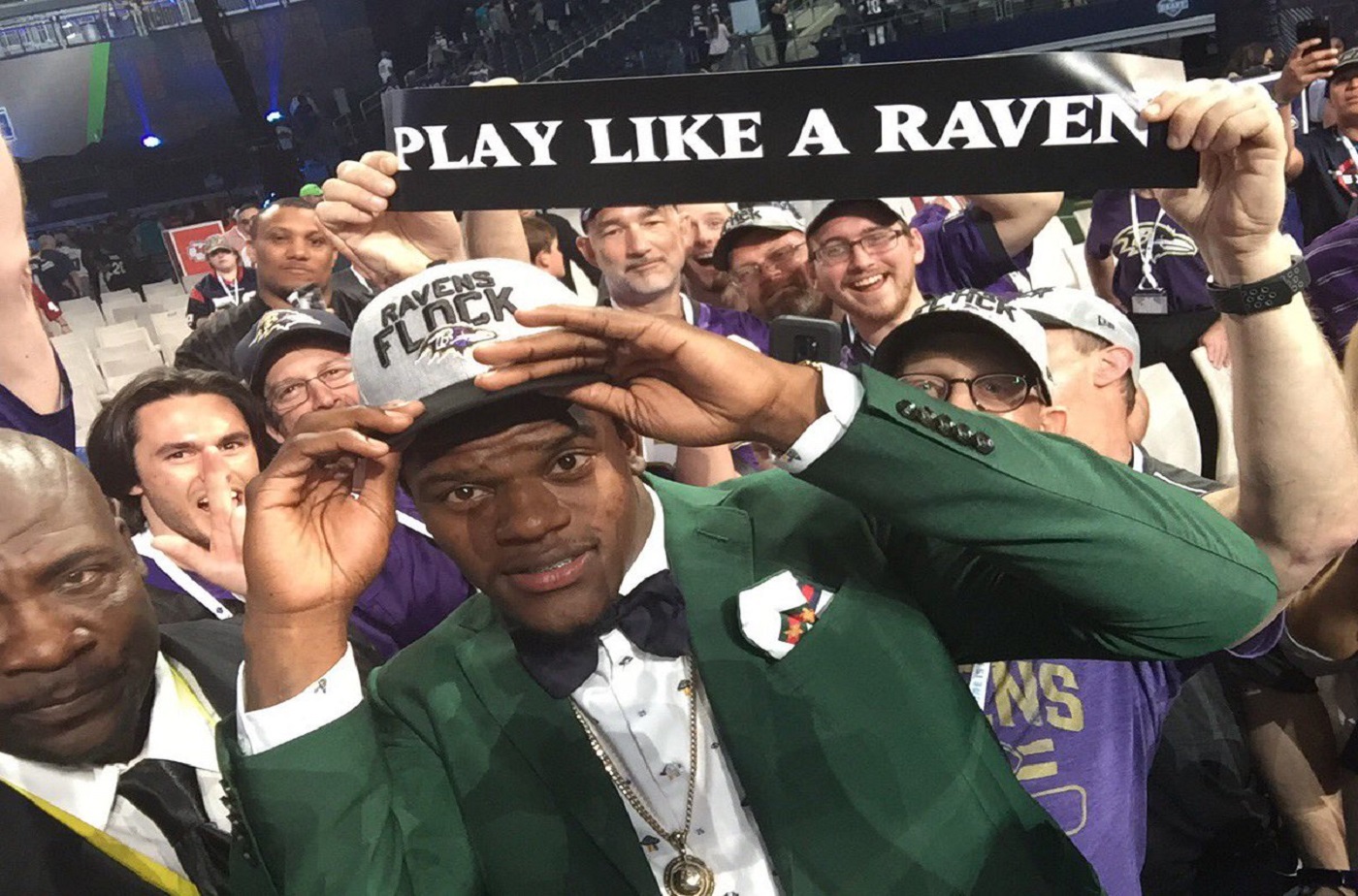 Day one definitely had its surprises as several teams reached on a few selections. This created instant chatter and helped define the winners and losers of the night. The teams that had the best night were the Broncos, Bills, Bears, Cardinals, Chargers, Panthers, Patriots and Ravens. The teams that had the worst night were the Bengals, Browns, Falcons, Jets and Seahawks. None of this means anything until the players get on the field but based on team needs and the players selected it’s clear that some teams need more help in the draft room.

Has one comment to “Dear Cleveland, Thanks for Participating”