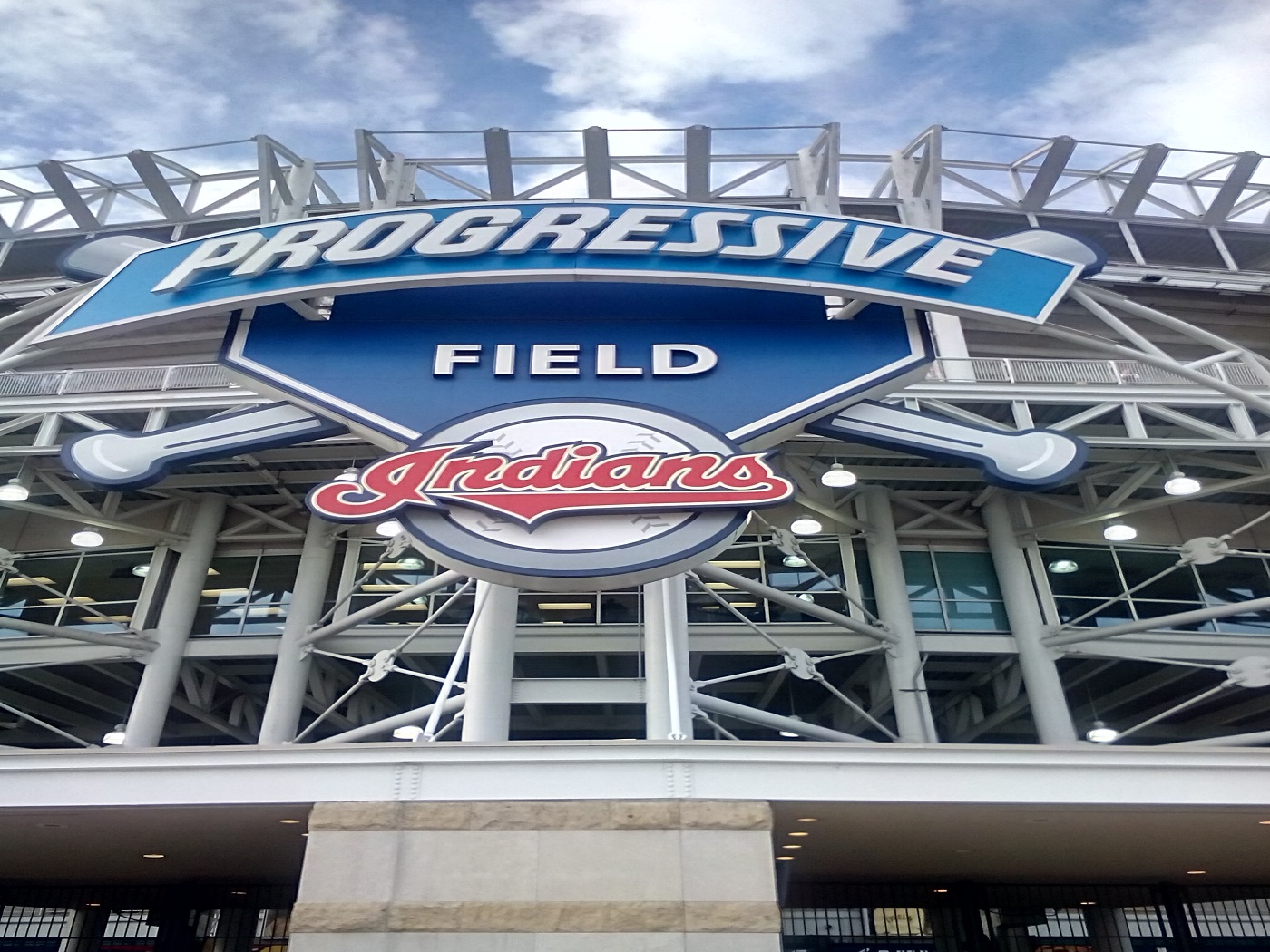 Progressive Field or as I knew it before arriving “The Jake” is a stadium that i visited because I had to pass through Cleveland on a trip home.

This ballpark intrigued me more because of the movie “Major League” and not because of the actual Cleveland Indians that play there. The game I witnessed was a game against the visiting Chicago White Sox on a cool fall Saturday.

Here are my thoughts on Progressive Field. 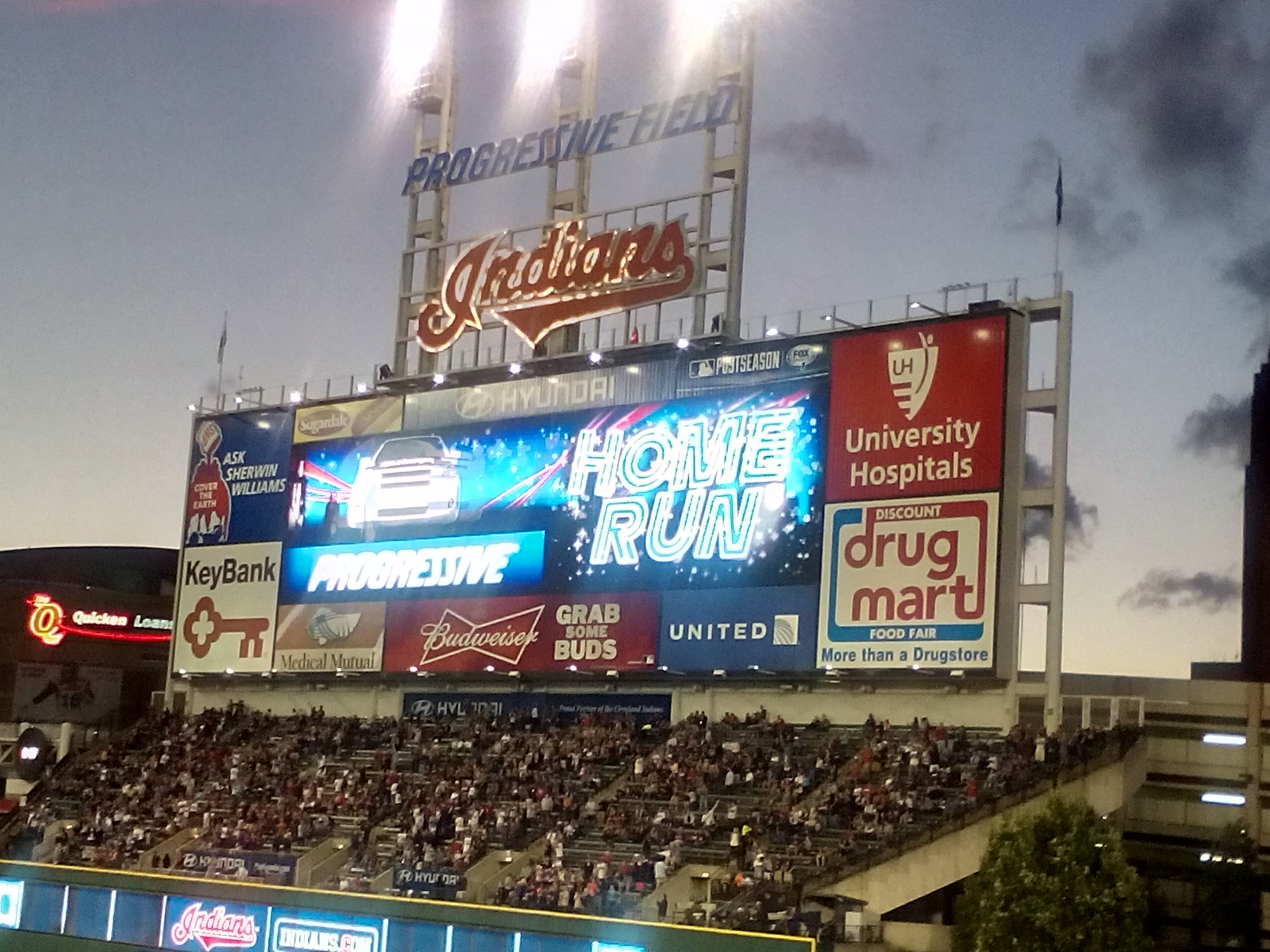 Upon entering the park the best park was the free t-shirt giveaway. As a game patron when you can get a free gift that adds to the game before it starts. The fan presence outside of the ballpark also builds up the hype for the game as local vendors surround the park for purchase of Indians gear and accessories.

The stadium has a throwback feel to it which is nice for longtime baseball fans. It gives you the feel of a stadium that is 50 years older than it’s actual age. The stadium designer did a marvelous job with the construction of the ballpark. 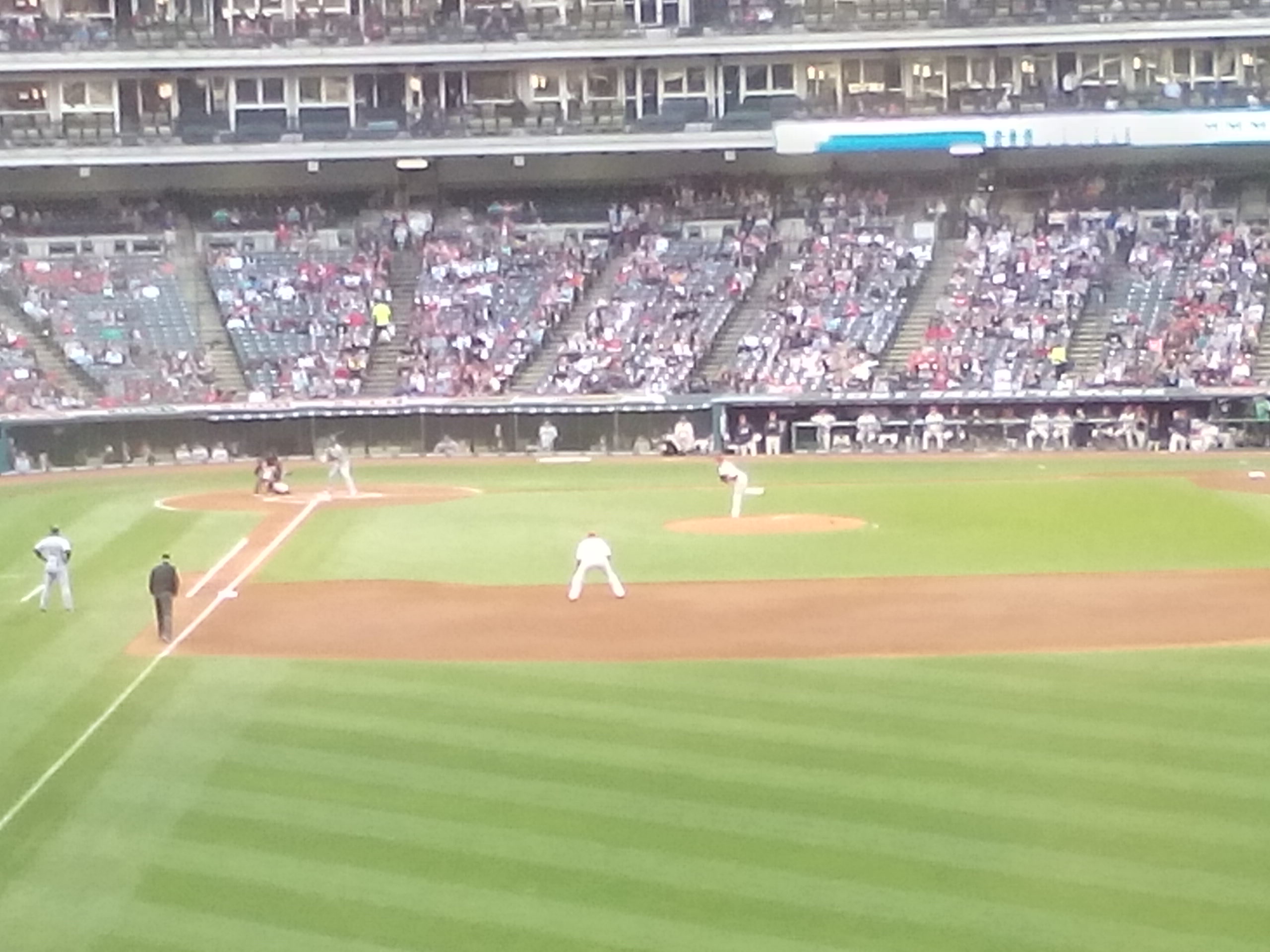 They have a nice kids play area where the kids can get their faces painted and play games. There is also a view to the field so the parents can still watch the game while the children play. Designated seating areas in the concession areas are something that doesn’t exist in many parks so that is a plus as well.

The drummer that were portrayed in the movie “Major League” actually exists and plays frequently during the games. This is something that I didn’t know was real before attending but John Adams has actually been going strong on since 1973. 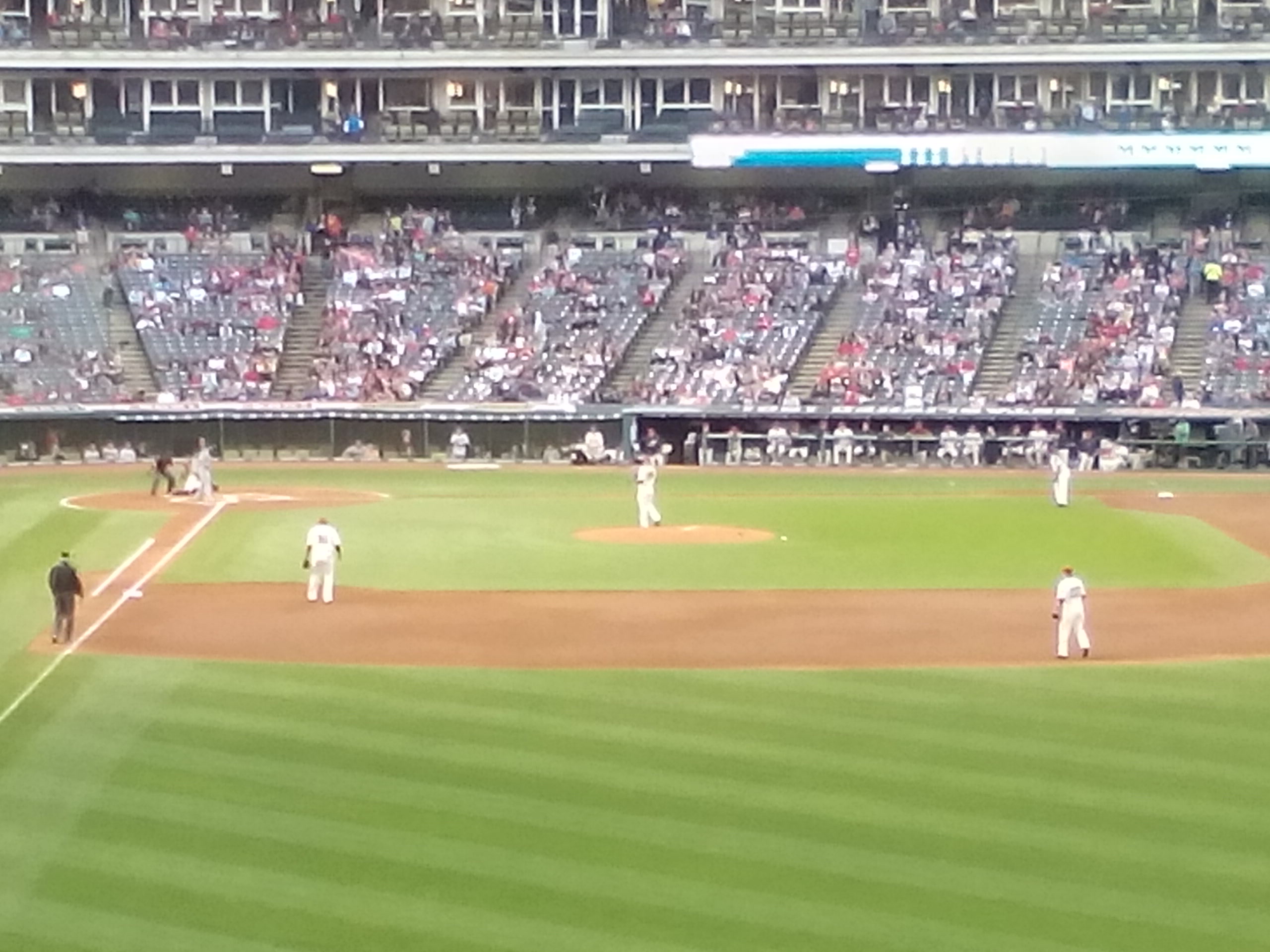 The stadium is in a congested area of downtown Cleveland so if attending from out of town look for hotels in walking distance. If you do drive to the ballpark, parking around the stadium is not hard to find but traffic is more hectic than most.

If you’re looking for food options at the stadium, the restaurants and bars surrounding Progressive Field offer more options are better prices. The ticket prices scale toward the medium-high end but they do offer upgrades if you want to splurge.

Although hyped as a rabid fan base, I was disappointed with the number of fans present for a Saturday evening game. There were no other events going on so as the only show in town the lack of fans present was disturbing

I would give Progressive Field a 7.5 out of 10. Very nice stadium design with a retro feel to it. Activities inside where the children can play and parents can watch the game. Affordable parking options but terrible area traffic. Lots of bars and restaurants surrounding the ballpark that add variety and price competition for the stadium.