My visit to SunTrust Park was one that was hard to plan for but based on perfect timing I was able to attend a game during the stadiums inaugural season. While at home for the Labor Day weekend, I checked the MLB schedule and the Atlanta Braves were returning home from a road trip on […]
Read More >>

My visit to Nationals Park was well overdue as I consider it a makeup game. I originally scheduled a visit to this ballpark in July 2015 but the game was rained out. When I had another opportunity to visit the area, I was satisfied to see that the Washington Nationals would be at home during […]
Read More >>

The last leg of my California baseball adventure landed me in San Francisco. I have heard a lot of things about San Francisco but had never visited the area. When looking for tickets, I came across a match-up between the Cincinnati Reds and the San Francisco Giants. This game was intriguing because the Reds is […]
Read More >>

While visiting Northern California for a graduation, a stop by the Coliseum was a must see. With the history that has taken place in this venue, I admit I really wanted to visit this stadium. The game that I secured tickets for was a match-up between the Los Angeles Angels of Anaheim vs the Oakland […]
Read More >>

Visiting sunny San Diego has been something that I have had on my list of things to do for quite some time. Being able to visit the city and catch a baseball game was a special addition to the trip. The game I got tickets for was a match-up between the visiting Texas Rangers vs […]
Read More >>

Dodger Stadium is one of the ballparks that I listed as a top 5 must see for baseball fans. With the history of the team and reputation they have throughout the league, I knew this was a visit worth taking. I came into this visit with high expectations and the game between the Pittsburgh Pirates […]
Read More >>

The California leg of my baseball exploration was something that has been in the works for several years. With California having 5 teams in the state scheduling is everything. The perfect schedule opportunity just happened to coincided with an already planned trip to the West Coast. The game I had the opportunity to attend was […]
Read More >>

While in the Washington D.C./Baltimore area meeting up with family for a reunion, I had to opportunity to see the Nationals vs Orioles in the Battle of the Beltway. I initially had no intentions to attend a game while in the area but after reviewing the reunion schedule I found a break in the schedule […]
Read More >> 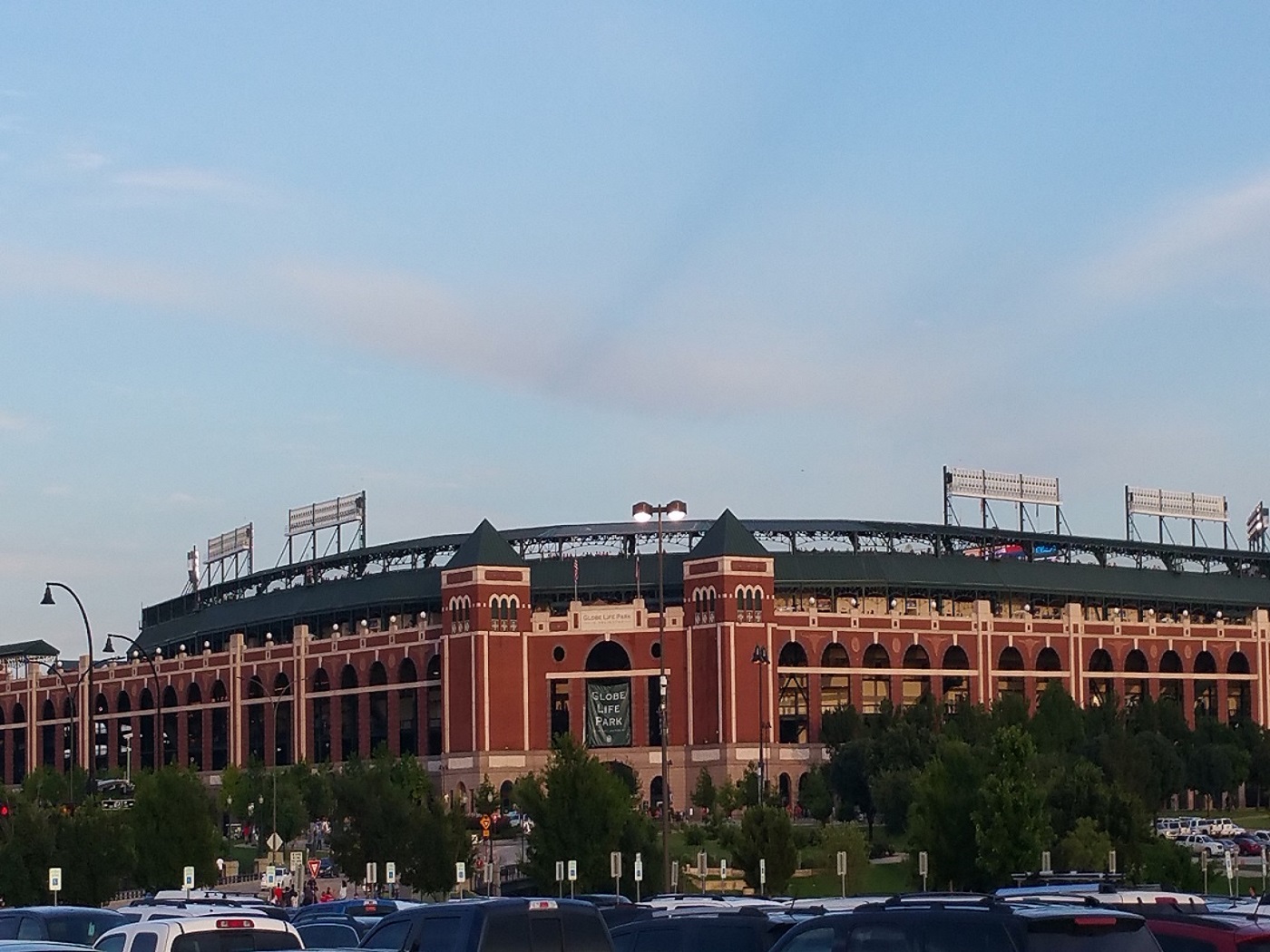 Globe Life Park was a ballpark that I got a chance to stop by while visiting from friends in the area. The game I attended was a match-up between the Texas Rangers and the Boston Red Sox. This was after the championship chances of the Rangers and Red Sox but the game was an entertaining […]
Read More >>

Progressive Field or as I knew it before arriving “The Jake” is a stadium that i visited because I had to pass through Cleveland on a trip home. This ballpark intrigued me more because of the movie “Major League” and not because of the actual Cleveland Indians that play there. The game I witnessed was […]
Read More >>
TOP