The California leg of my baseball exploration was something that has been in the works for several years. With California having 5 teams in the state scheduling is everything.

The perfect schedule opportunity just happened to coincided with an already planned trip to the West Coast. The game I had the opportunity to attend was between the Houston Astros and the Los Angeles Angels of Anaheim.

Here are my thoughts on Angel Stadium. 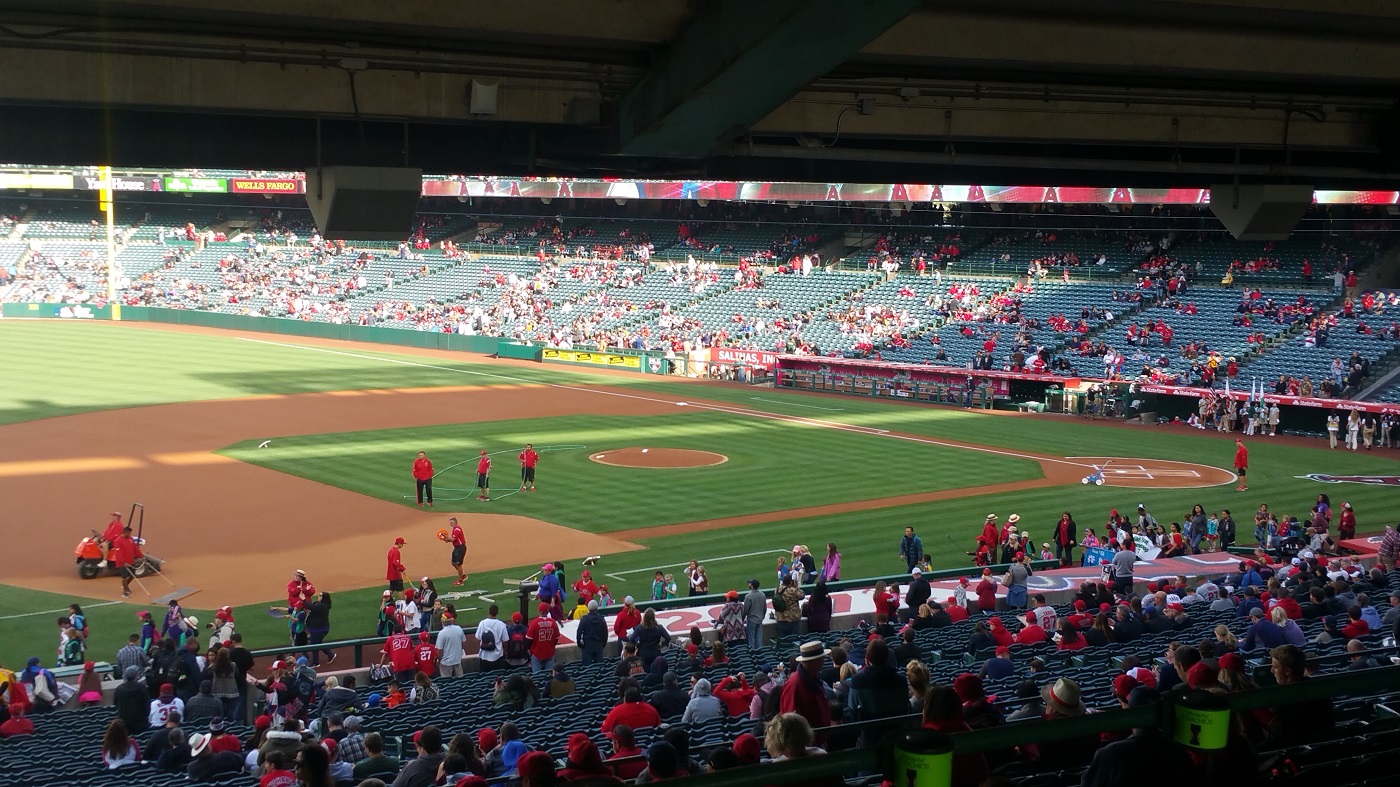 Being in California is the biggest asset for the Los Angeles Angels of Anaheim. The big A coupled with the halo is something that sticks out from afar. The baseball atmosphere is also prevalent as people showed up well before the start of the game.

The parking for the stadium is also relatively cheap compared to other venues. I found parking for $10 which is a lot lower than I was expecting for a California venue. The options in the concession area is plentiful. They have eateries on each concourse level of the stadium. They also have a food court on the back side of the ballpark. 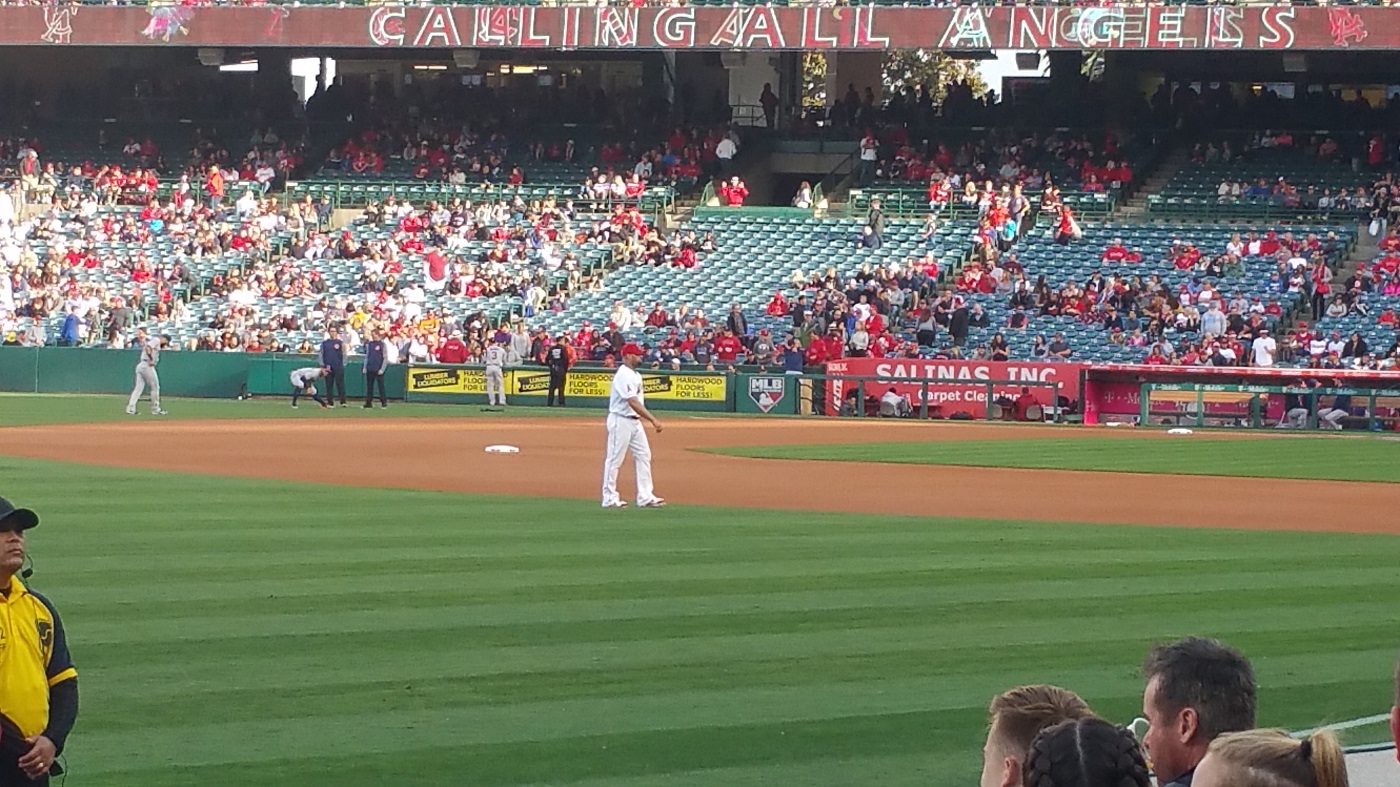 The fans are very lively and come to cheer on their Angels. They have been up and down in the standing but with Mike Trout and Albert Pujols on the roster the fans show up for potential history every day. The stadium has a Pujols home run tracker that I found to be cool.

The stadium is right off of the interstate so access is easy and leaving is not difficult as I was able to leave the stadium vicinity in less than 10 minutes. The tickets were also not expensive as I was seated in the lower 100 level for under $20. 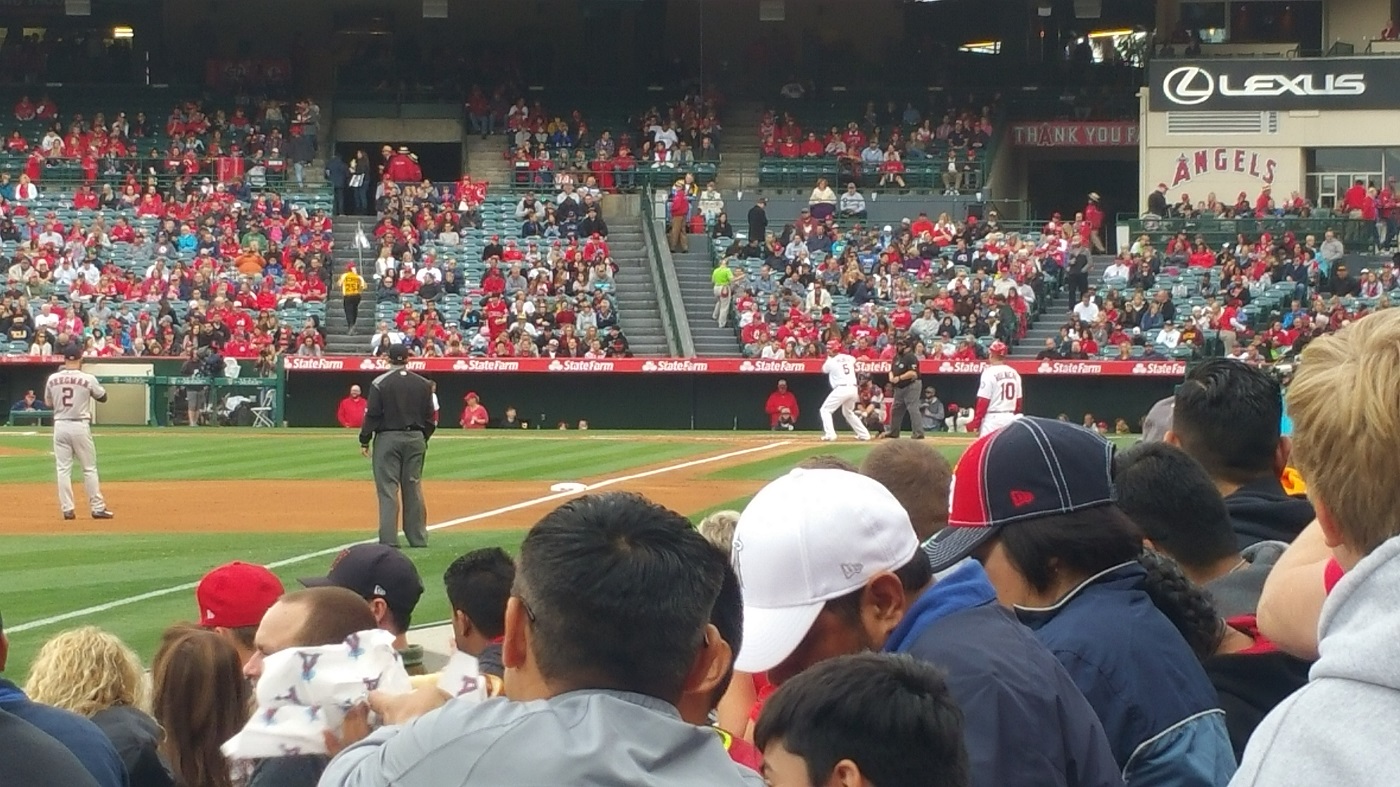 The area that the stadium resides in is not the most lively part of Southern California. There is not the plethora of traditional bars and restaurants that surround most stadiums. Also, Anaheim is not a walking place as there is not much in walking distance to see before the game.

The concession pricing can be rather expensive at Angel Stadium. They have a lot of options but they are not cheap. They have the traditional concession items but they also have some major food vendor available as well. So although the food is delicious be prepared to pay up for the food experience. 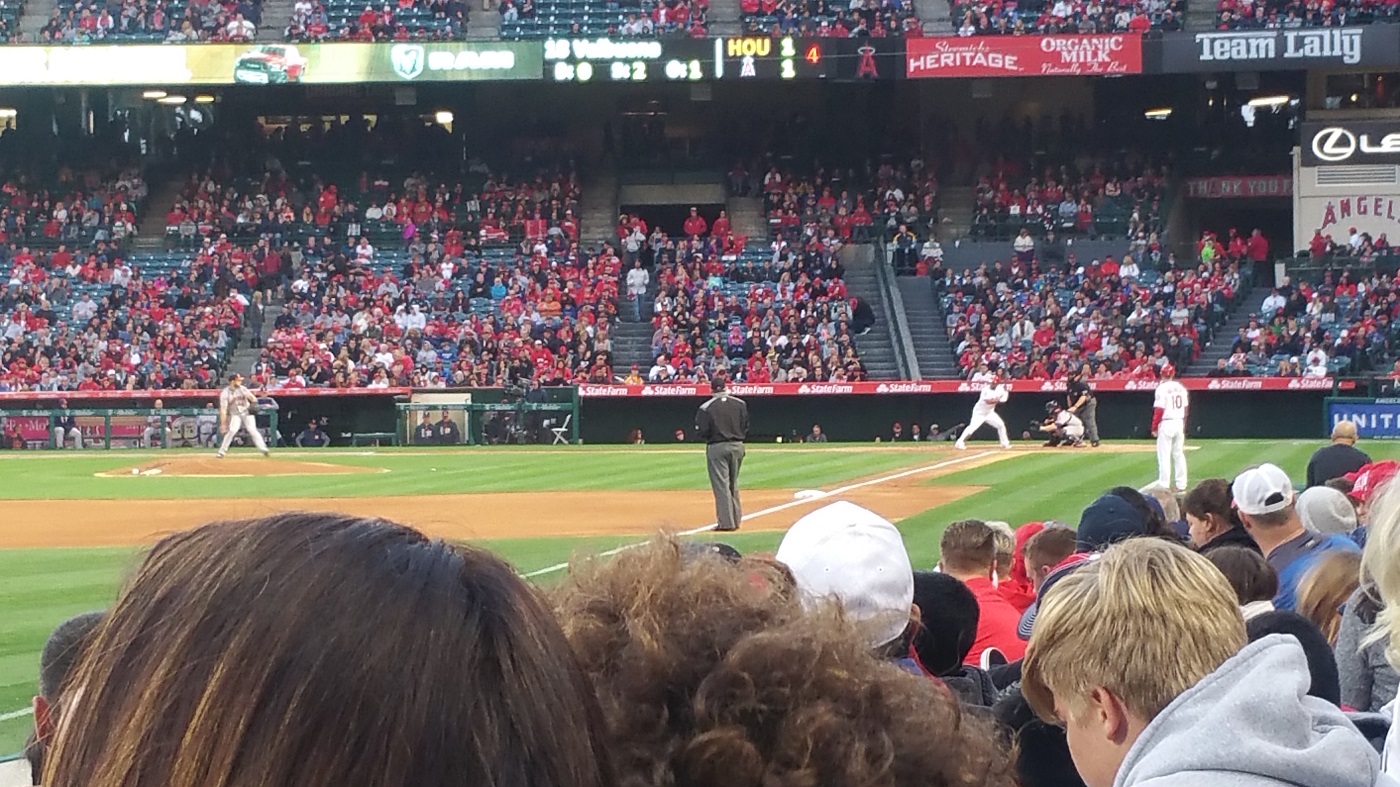 I would give Angel Stadium an 8 out of 10. Southern California is the perfect place to enjoy the weather a watch some baseball. The history displayed in the concourse and outfield is impressive. The ticketing prices are not expensive for the hall of fame products that hit the field everyday.

If you are visiting Southern California or Disneyland for a vacation make a stop by Angel Stadium to enjoy the sites, sounds and hall of fame players at the ballpark. Also, for a stadium of over 50 years old it also gives off a feel of a stadium half of its age.

Oh and my wife swears that the Angel Stadium cotton candy is the best in baseball. 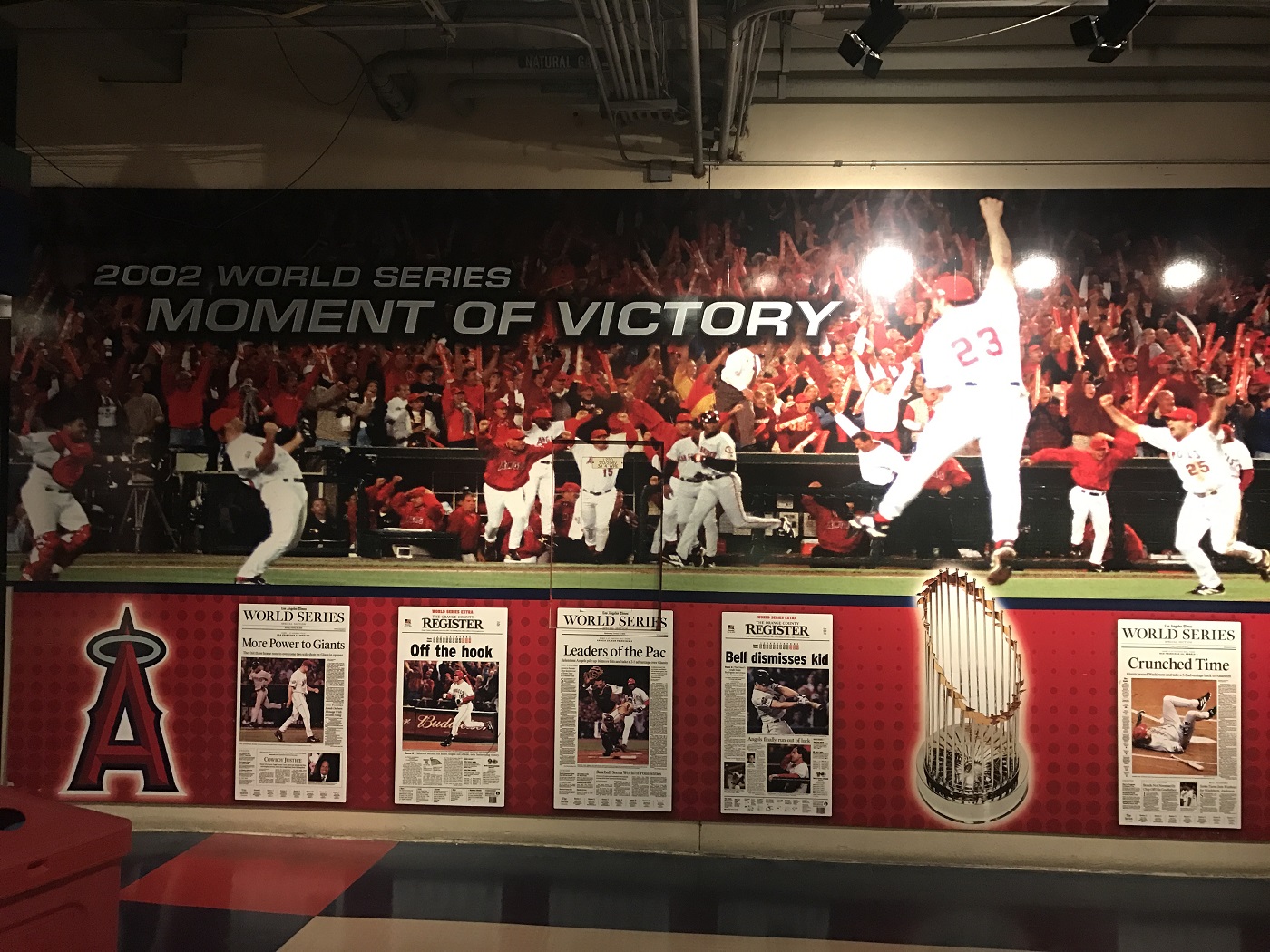