My visit to Comerica Park was not planned as I only purchased tickets the morning of the game. I was in Chicago and had a few days left on vacation so I trekked to Detroit after checking the schedule and seeing a game that evening.

I attended a game where the Tigers were hosting the San Francisco Giants and an overflow of talent was definitely on display that evening. From Miguel Cabrera to Buster Posey there was not a moment of disappointment that night.

Here are my thoughts on Comerica Park. 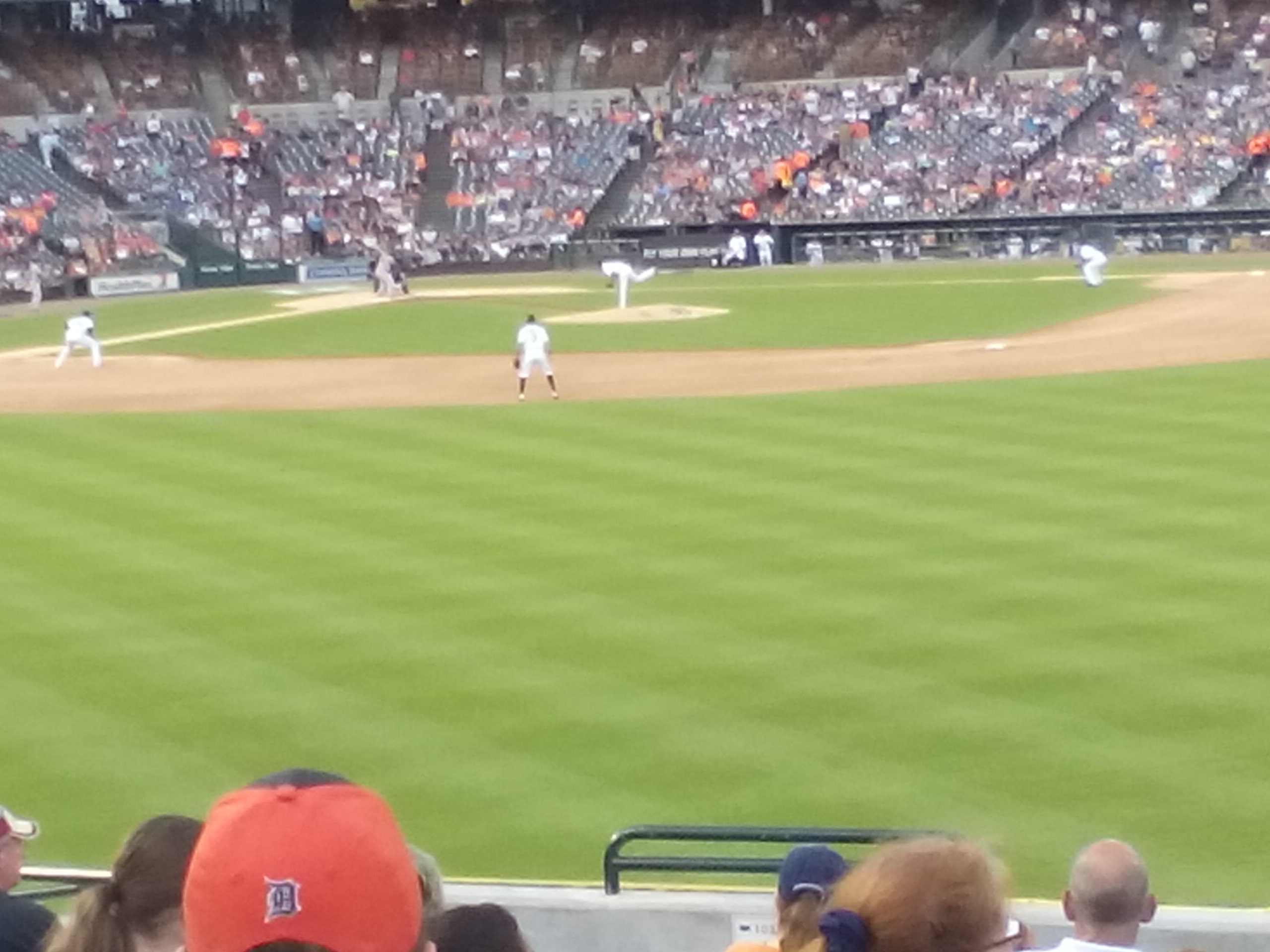 The thing that stood out t most was the All-Star match-up between the Giants and Tigers. This was my first opportunity to see Miguel Cabrera and Buster Posey in person who are both future hall of fame players.

The ballpark has some amazing sight lines of Detroit’s downtown skyline. The next door next door neighbor Ford Field is also visible over the left field wall.

The statues in left-center field are also nice attractions at the ballpark and draws a countless number of fans for photo opportunities. Some true legends of the game have played for the Tigers so you never know who you might see memorialized in monument park. 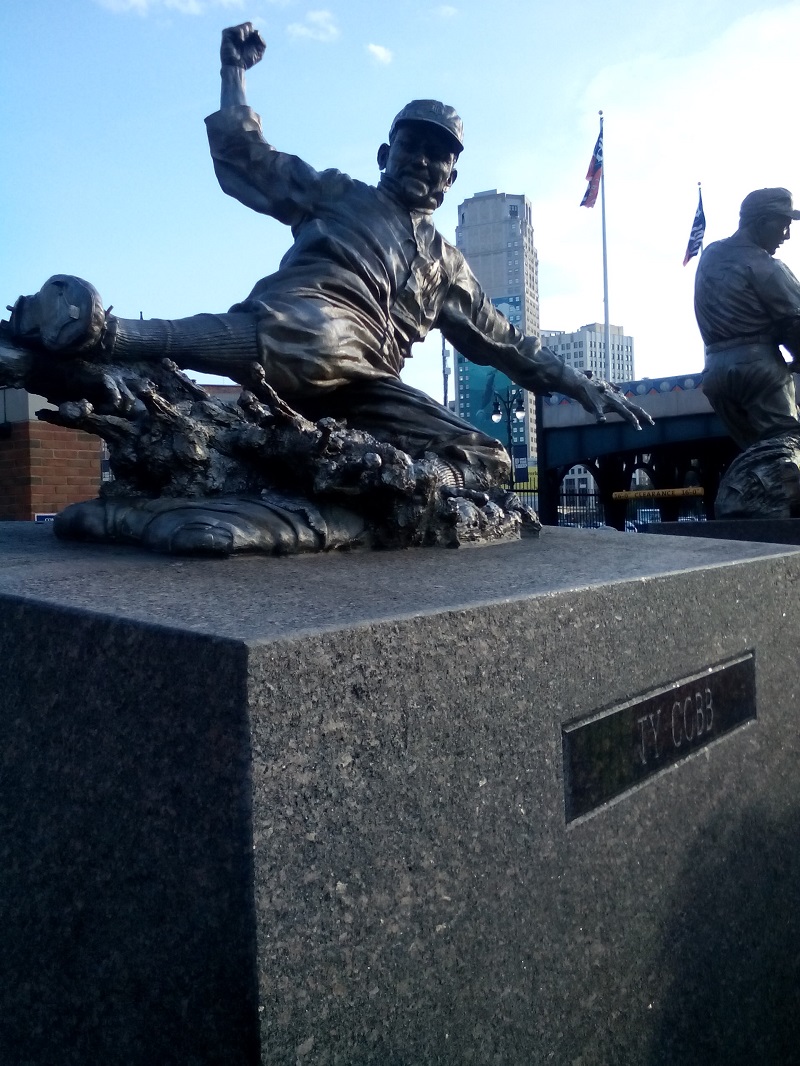 The number of stadium activities outnumber most parks. There is everything from rideable tigers to the center field fountain. The field design is also not like other stadiums as there is strip of dirt that goes from the mound to the plate.

The stadium concessions have a lot of variety and comes at a reasonable price. Also the tickets are relatively cheap so finding tickets regardless of when the game occurs shouldn’t be difficult. 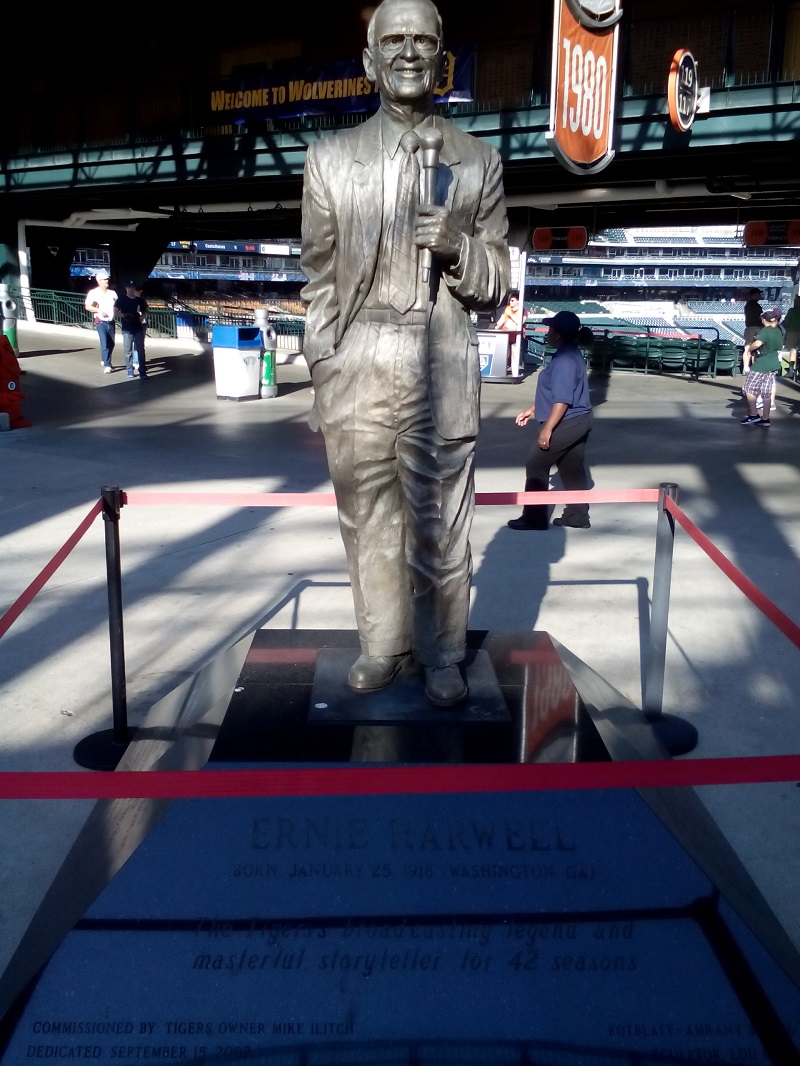 The transportation to and from the stadium was not as fluid as it could have been. Utilizing Lyft or Uber to get to the game should be considered. The parking near the stadium is roughly $25 but you can also find some free options in the surrounding neighborhoods that will require some walking.

The rain delay that occurred during the 3rd inning was the biggest drawback. Of course it couldn’t be stopped or diverted but it did bring laughter as the ground crew lost control of the tarp. 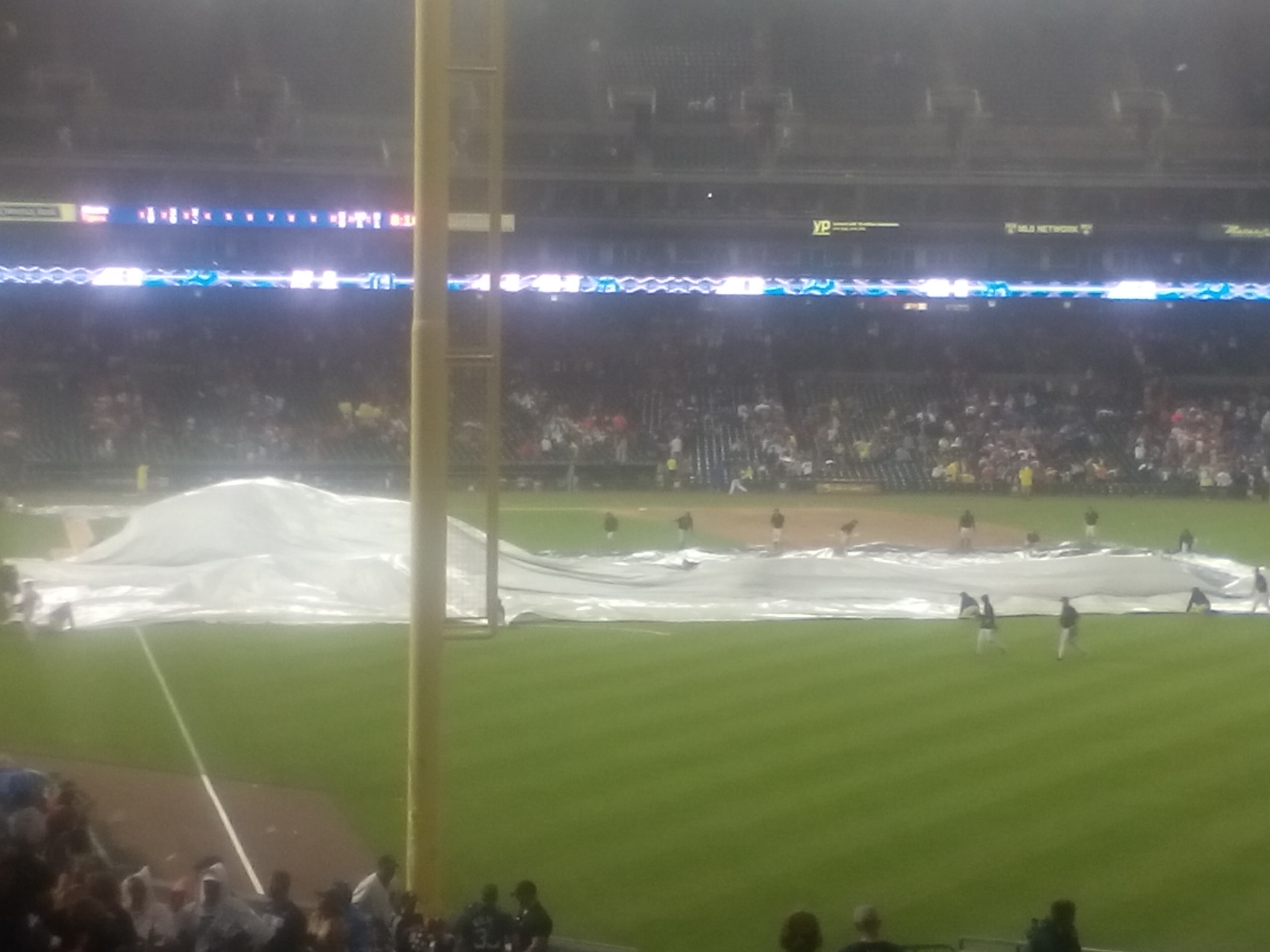 The places to stay dry during rain delays are lacking. While standing in the concourse the stadium attendants were still in the elements. Also, the stadium crew opened the stadium gates and let stadium patrons come and go at their leisure. Upon my re-entry my ticket wasn’t checked or did I have to go through security. The delay happened during the 3rd inning so there was a lot of game yet to be played.

I would give Comerica Park an 8 out of 10. A true to the game venue that has several odes to the past. Provides a variety of food options that cheap and worth trying. Ticket prices are very inexpensive so accessibility is very high. 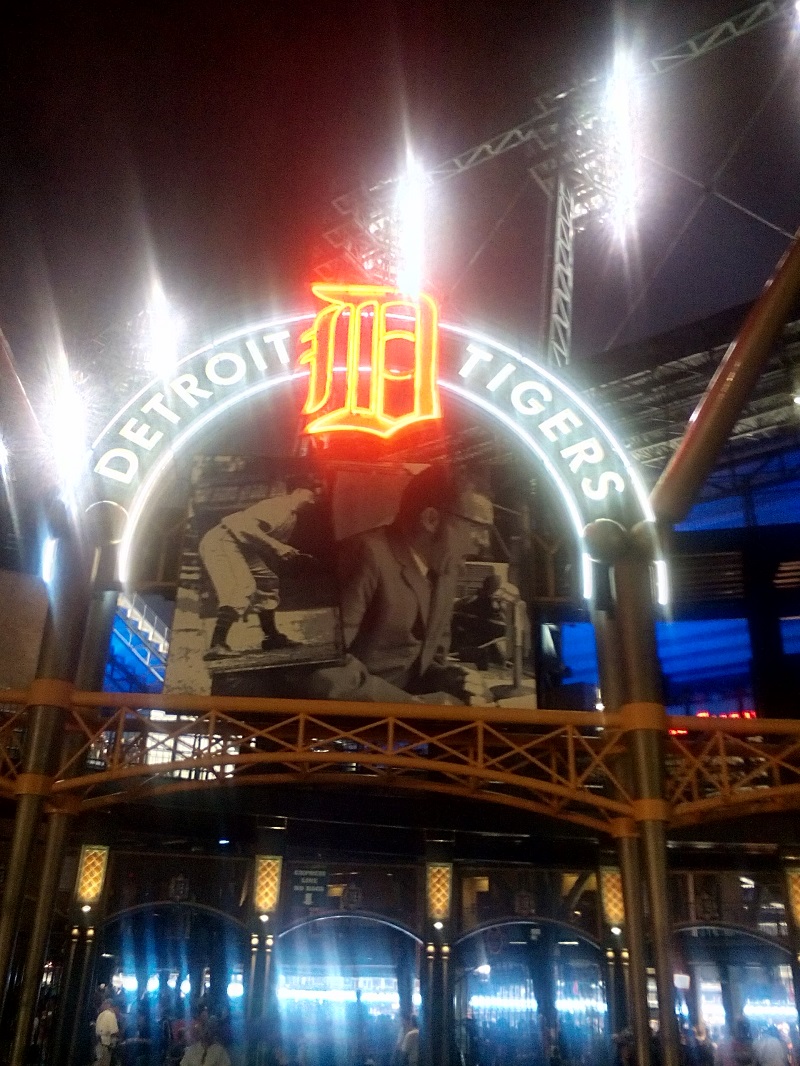