Home / The Blog / The Nomadic Cougars 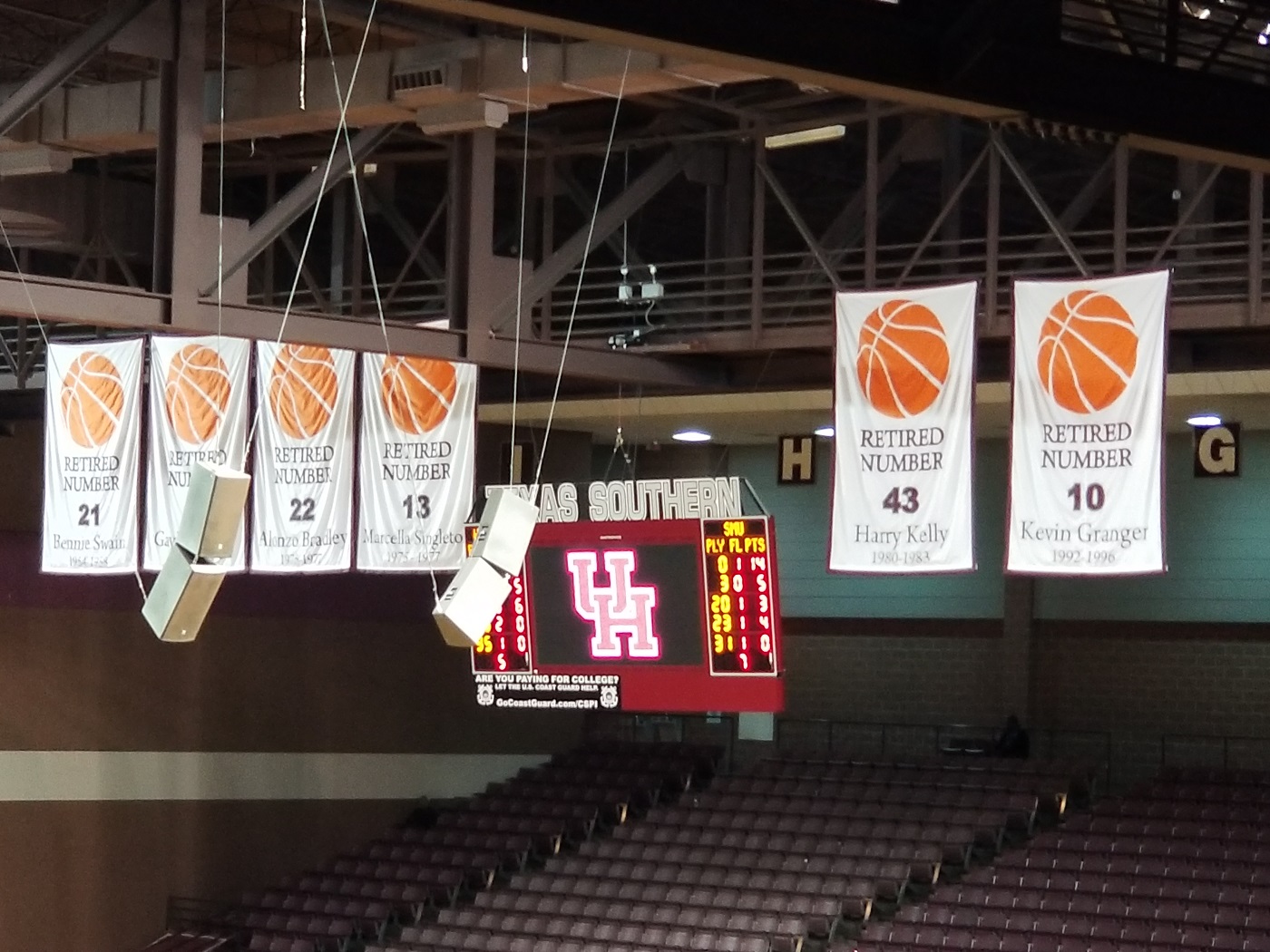 As an individual that moved to the City of Houston less than two years ago, I have been trying to integrate myself into the city. I have attempted to make trips to visit all of the professional sports teams as well as the local universities. In my most recent adventure, I seeked out the University of Houston Cougars basketball team.

The 2017-18 season is one that has provided a new perspective on home court advantage for the University of Houston athletic program. With renovations underway at the Fertitta Center (formally Hofheinz Pavilion) the Cougars have been splitting games between Texas Southern University’s Health and Physical Education Arena and Toyota Center. 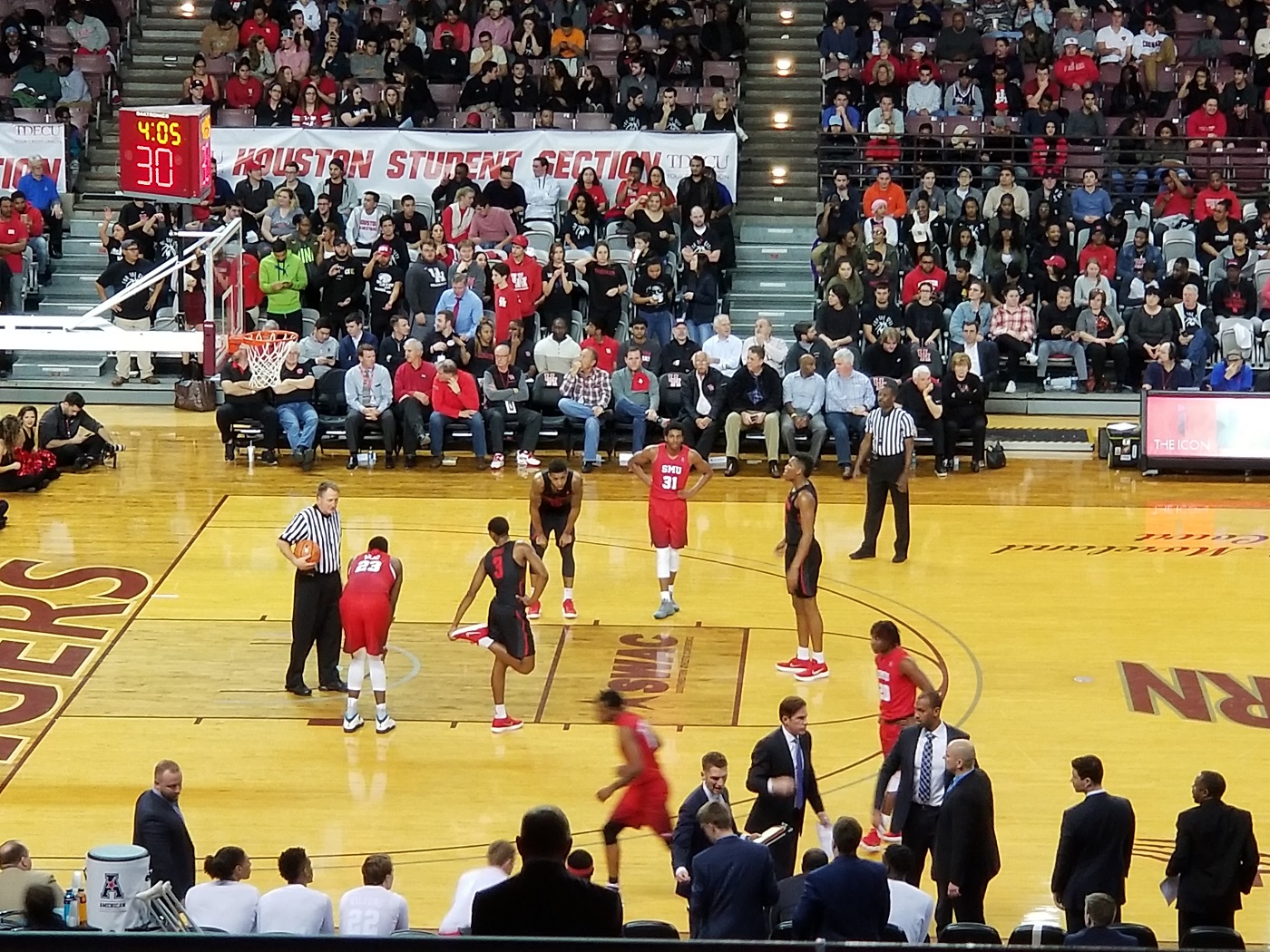 With the difference of venues for the season, I was curious to see the fan support and interaction from the Cougar faithful. This alone was the number one reason that I wanted to see them play. The second reason was the opponent they were playing on this particular night. The SMU Mustangs were in town to play Houston and this created a Houston vs Dallas match-up that was sure to bring the fans out in high numbers.

The game started off a little slow for both teams as they worked to figure each other out on the court. Each team was taking ill-advised three pointers that created fast breaks for the other teams. Once the teams settled down and started working their offense, SMU took an early lead behind the effective shooting of Jahmal McMurray. They were unable to maintain the lead and eventually Houston was able to fight back behind the three point shooting of Armoni Brooks. 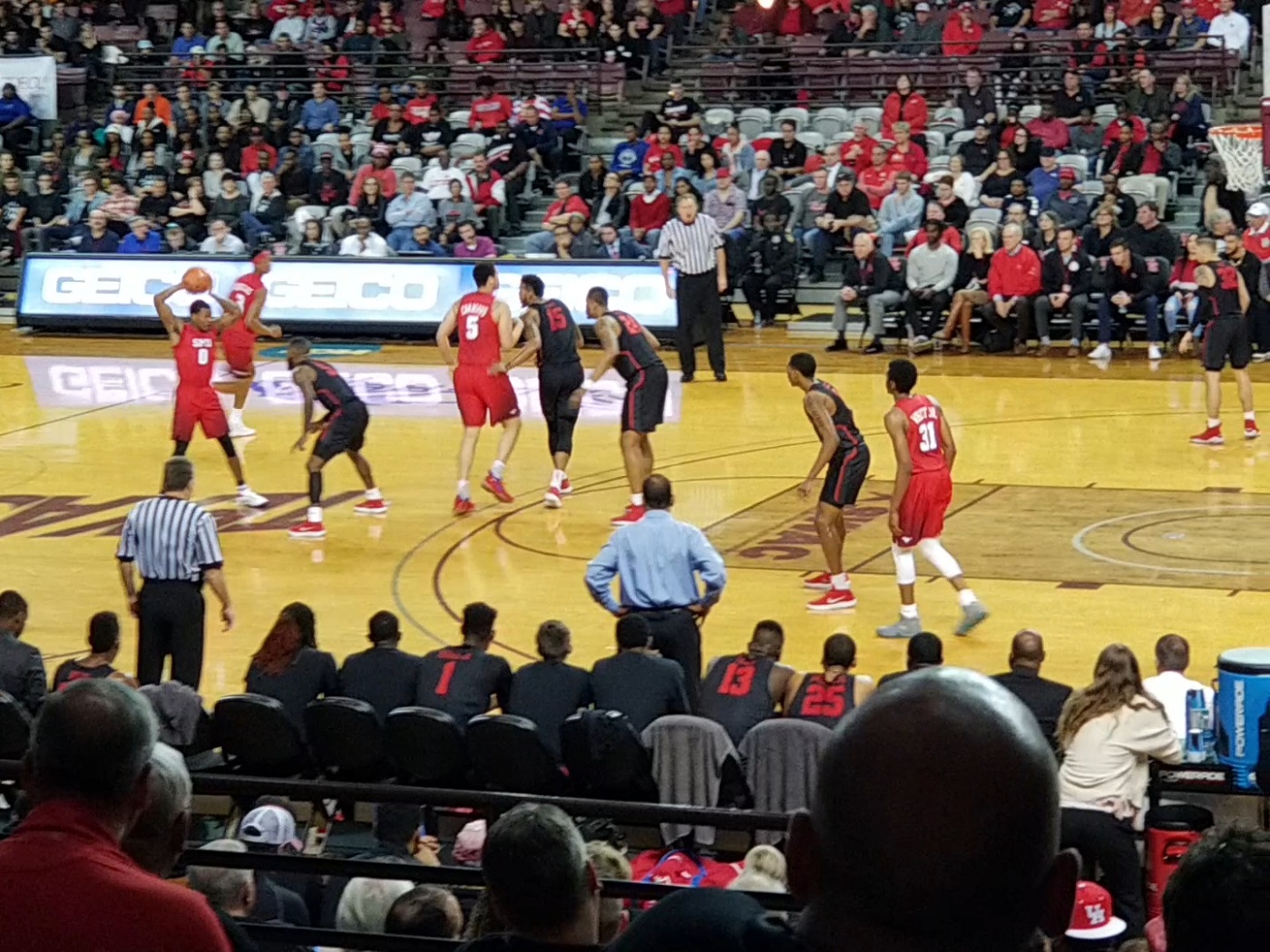 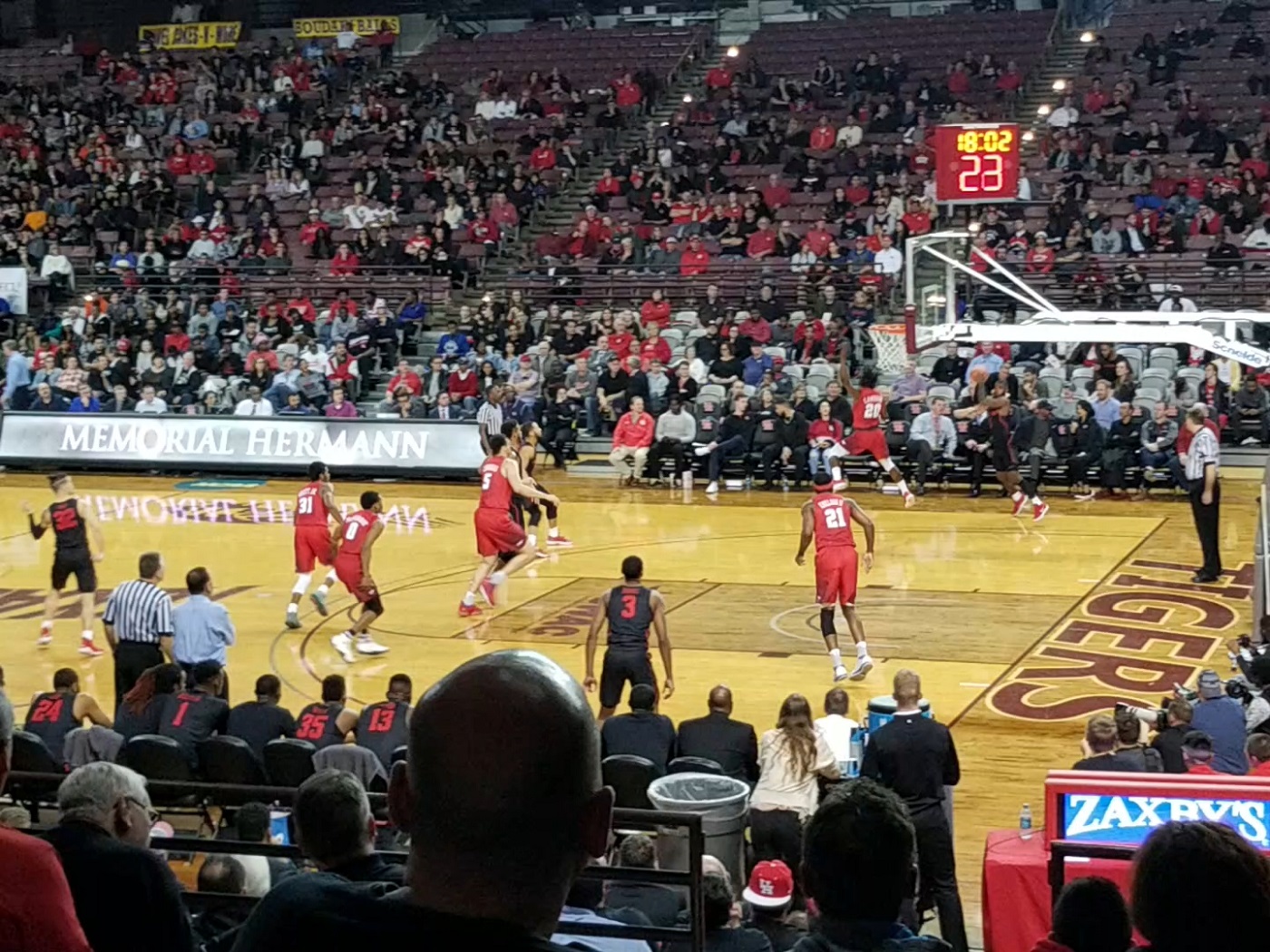 The second half of the game started off with SMU blazing and taking a lead over the Houston Cougars. The run was short lived as Houston regained momentum with back to back threes from Corey Davis and Wes VanBeck. Those threes started a 17-1 run to close out the game by the Houston Cougars that saw them flip the score from being down 57-50 to winning 67-58. The comeback got the crowd fully into the game after they were at a mumble roar throughout most of the game. 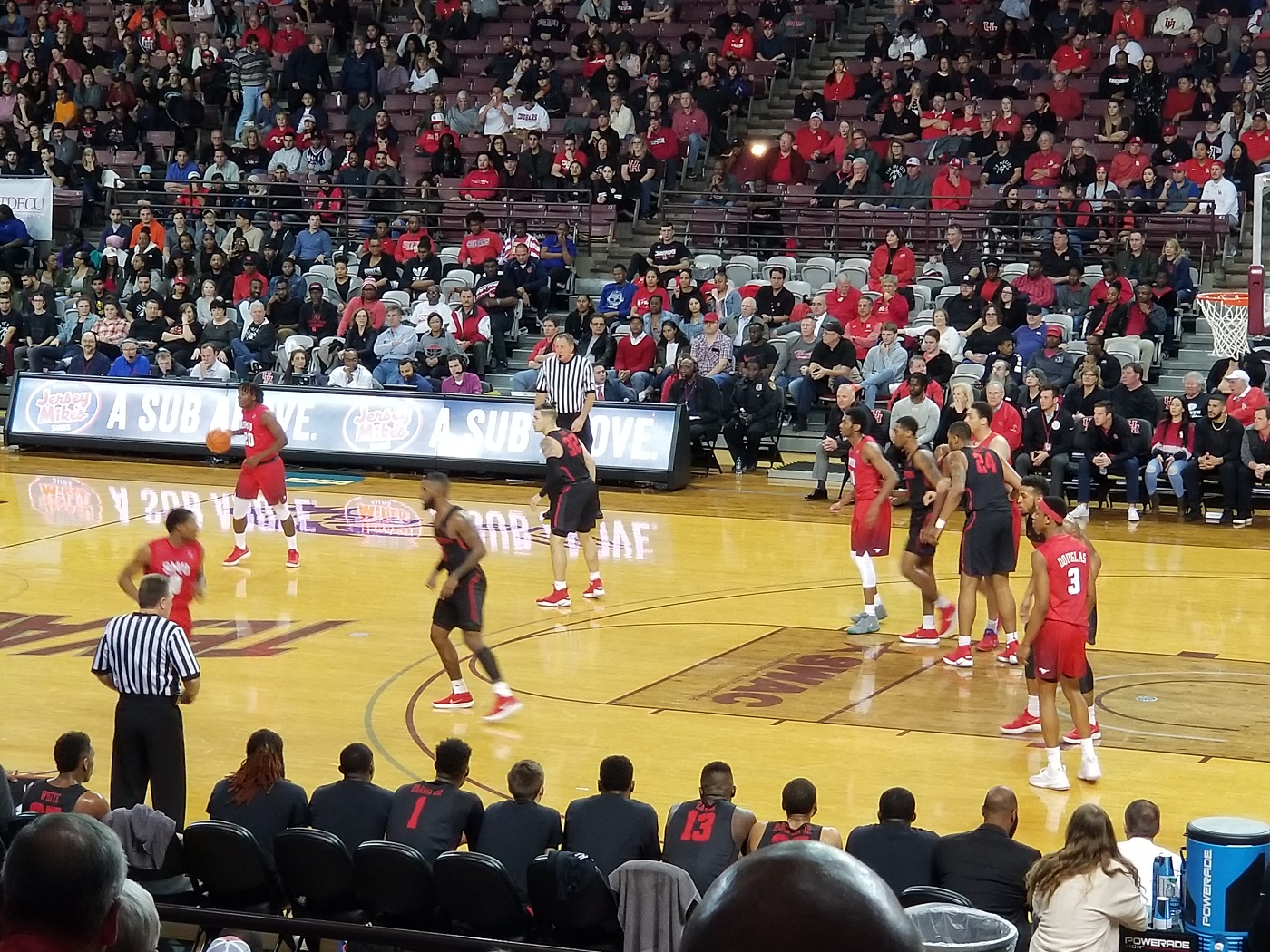 There were a lot of players that stood out from the beginning of the game but Armoni Brooks stood out the most. I came in to the game without being familiar with any of the players from either university but after tonight I have found someone to keep an eye on. The game was a back and forth affair that saw SMU take a commanding lead just to lose it in the end.

Armoni Brooks is not a starter for Houston but on this night he was the best player on the floor. He put on his best Stephen Curry impersonation while draining seven threes during the game. He also pulled down 10 rebounds to record his first double-double of the season. I am not aware of any NBA scouts being in attendance but if they were I am sure they found some usable talent. After this game, I know that I will definitely be in attendance at more University of Houston games. 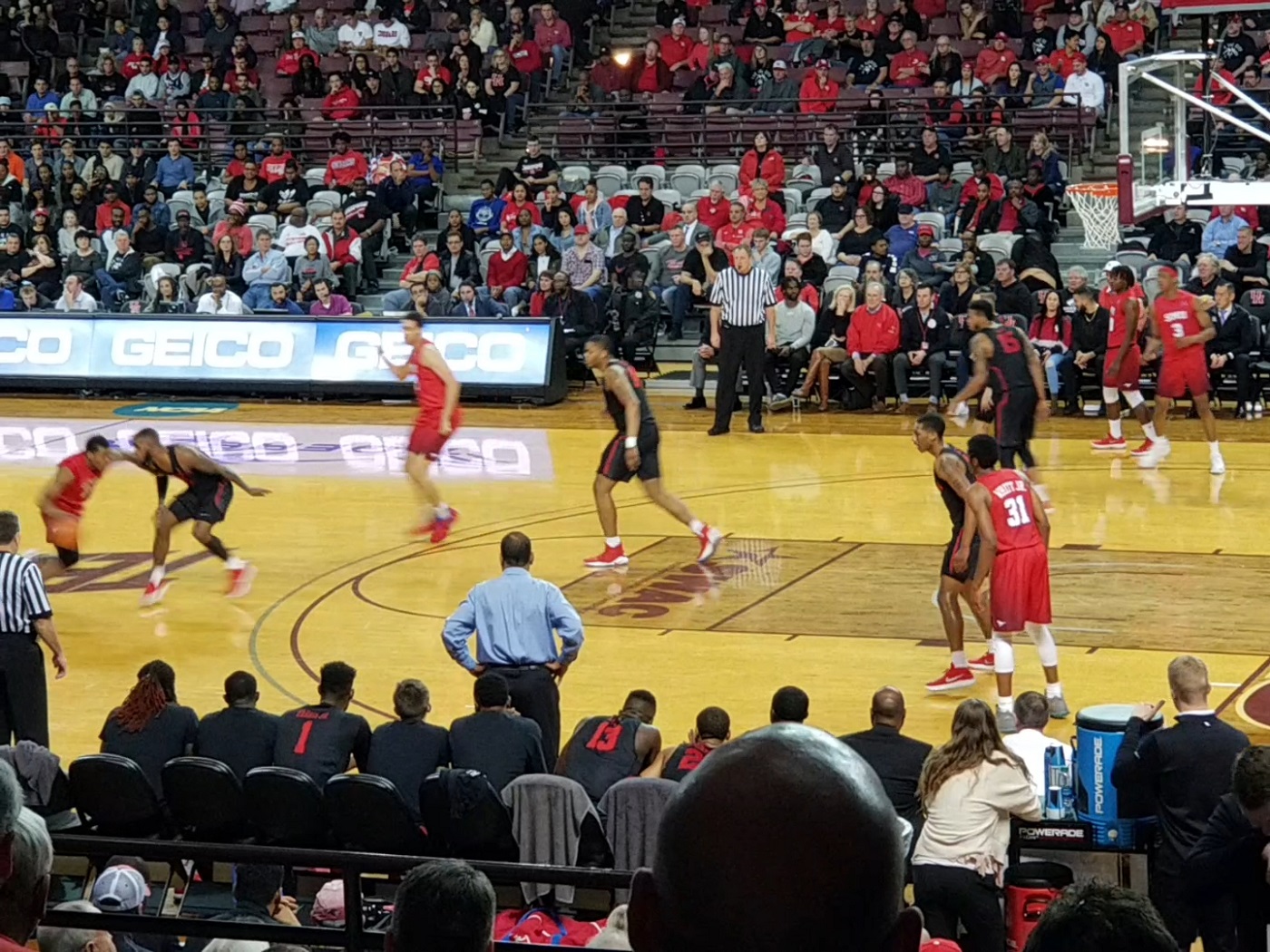 The impact of the crowd actually was one of the things that took me for surprise as I did not expect there to be many in attendance. Upon walking into the venue, there was a full display of memorabilia for sale by various vendors. There were also some specialty snacks that are not usually on game concession menus. The fans came out in large numbers for a Thursday night game. There were a few SMU faithful that made the trip but it was 85/15 Houston Cougar fans.

The cheerleaders, mascots and dance squad also kept the crowd into the action. They performed during every down period so the action never stopped. Although they are in a different environment this season, the Cougars have made a home on the other side of the street. They somehow turned a lost season full of all road games and created a legitimate home court advantage. 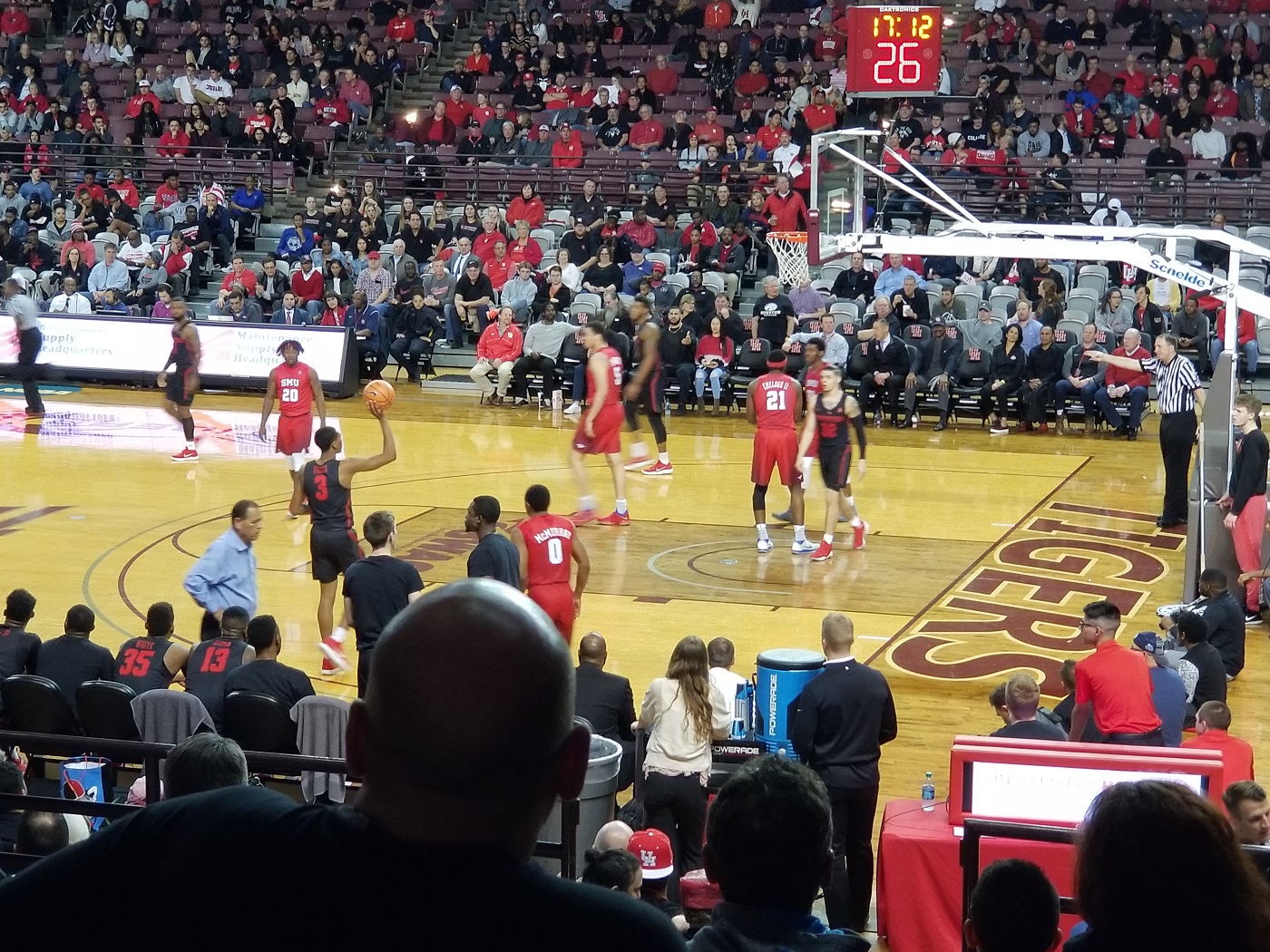 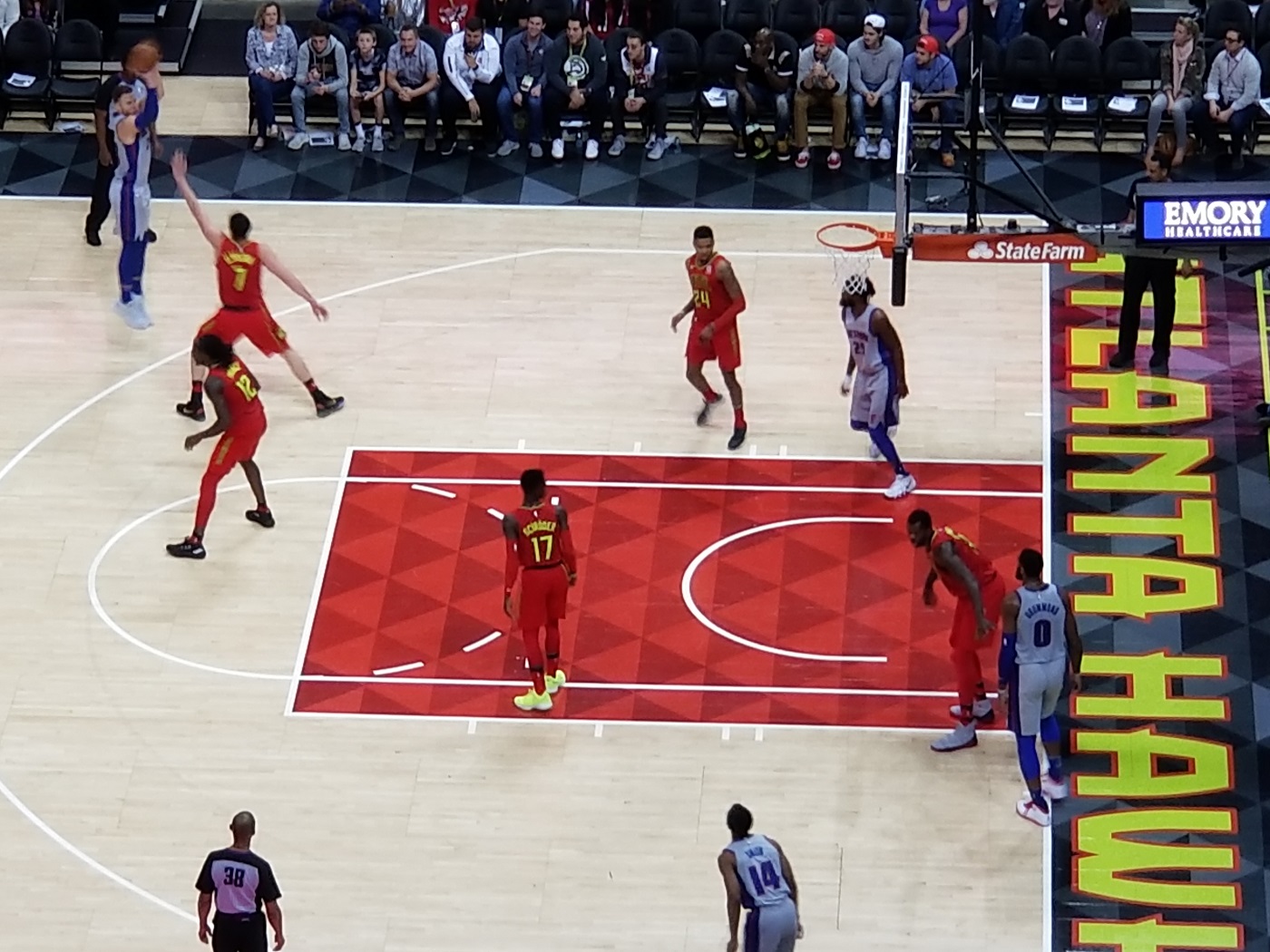 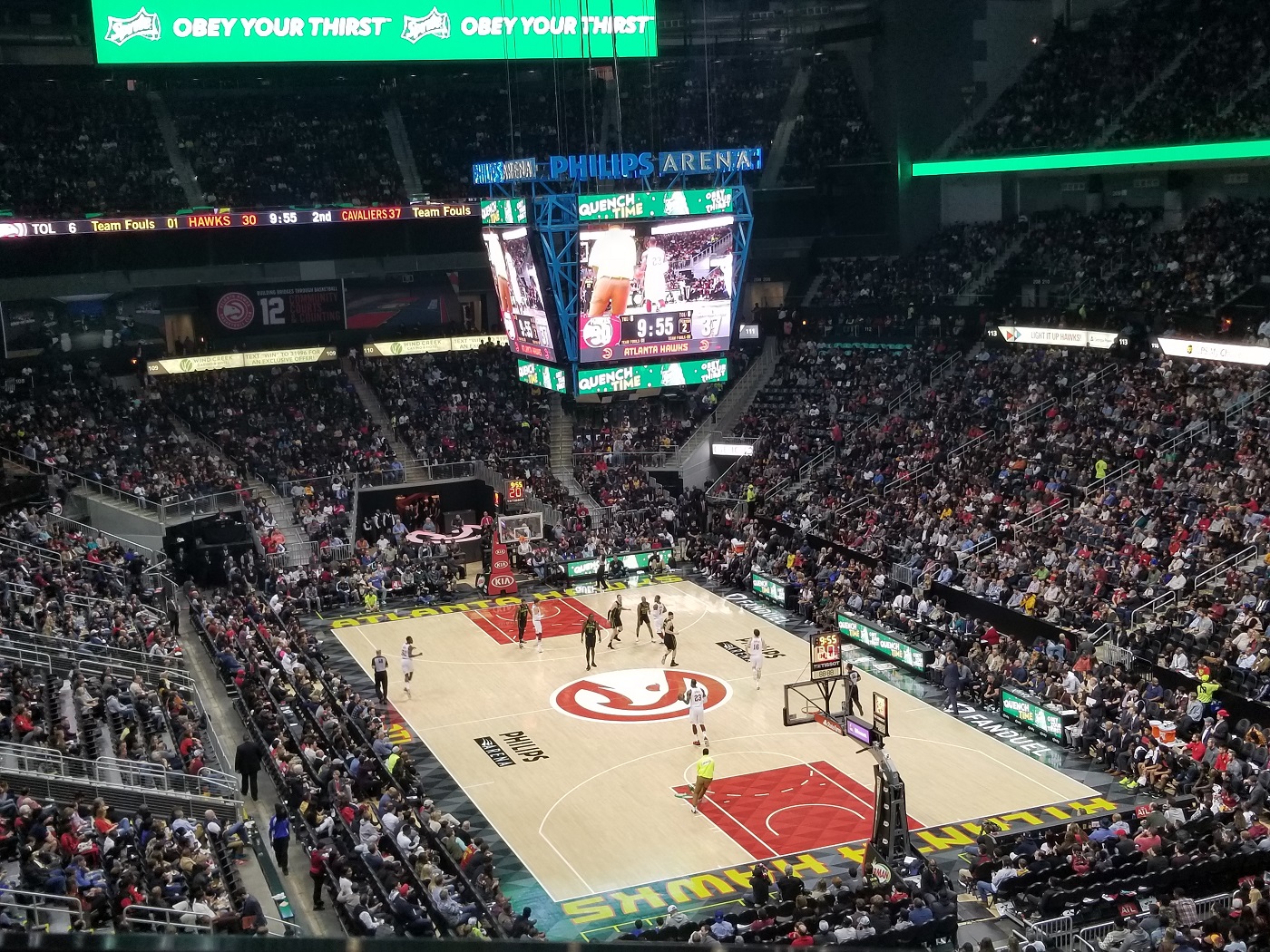