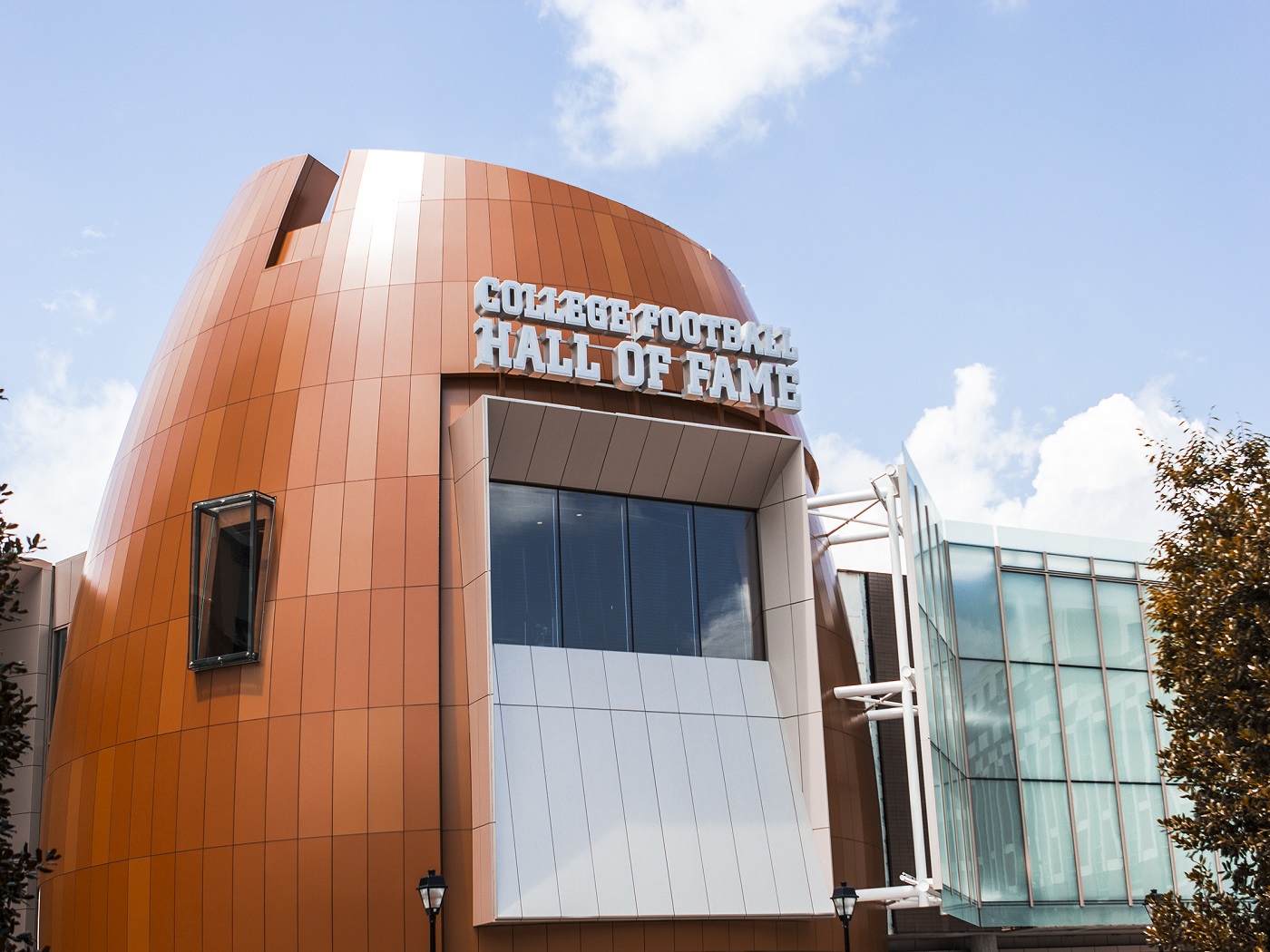 The College Football Hall of Fame is a location that has been on my list to visit since it open in Atlanta. Once I had another reason to be in Atlanta, I told myself I would take a tour to check it out. The first thing that caught my eye was the painting of important figures and events to my left. After noticing the painting, the wall of helmets became the main attraction. There is a helmet on display for every school that is represented in the Hall of Fame.

Once you sign-up at the kiosk and select your favorite school, the helmet lights up so other fans know that there is other brethren in the building. There were three displays up front that illustrated some historical events of African Americans in college football. There were displays from Harvard Football, Florida A&M University, Michigan State University and University of Minnesota. The Michigan State display was the one that caught my attention because I was unaware they had seven black players drafted with four going in the top eight of the 1967 NFL Draft. 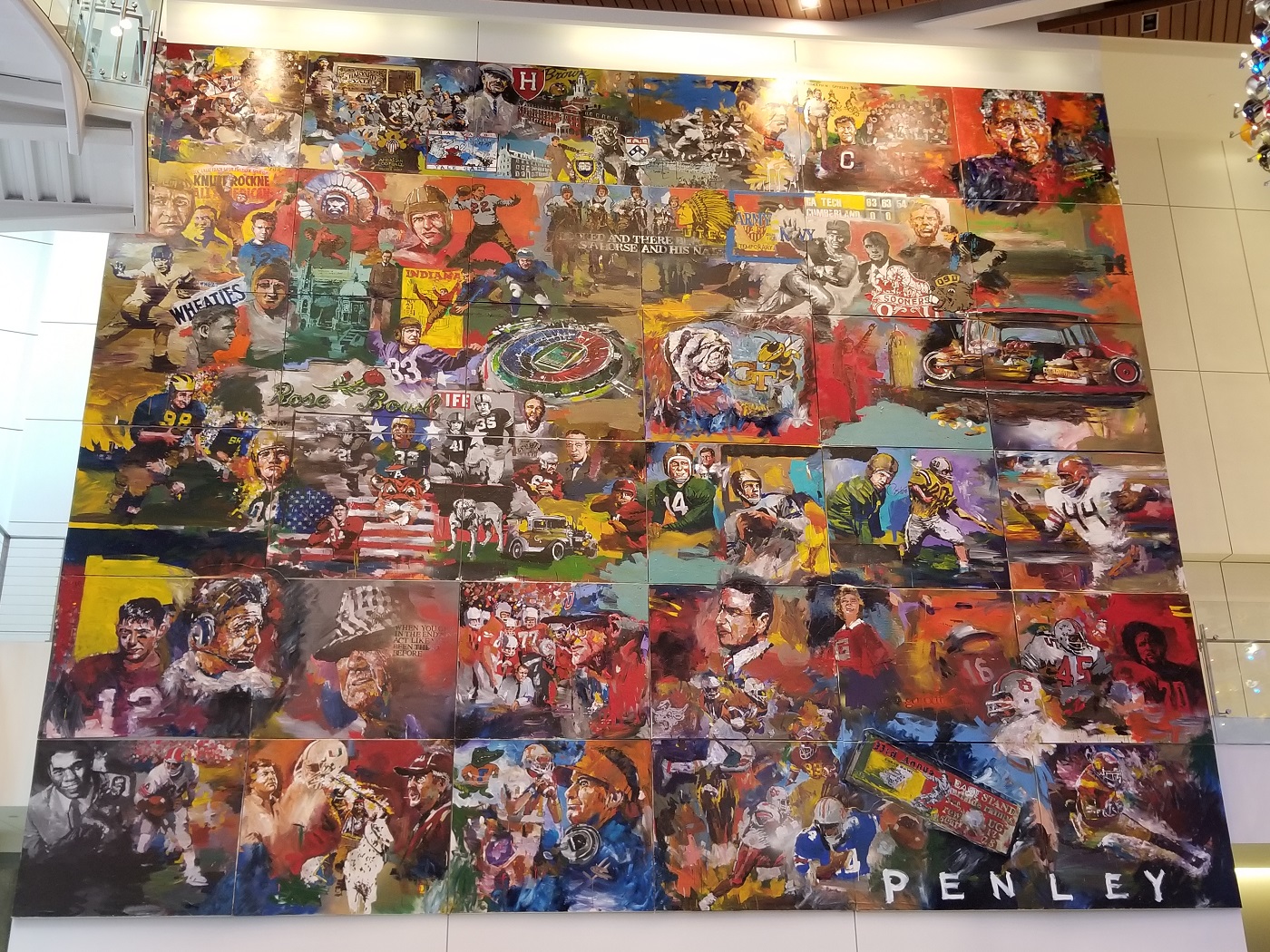 After walking to the second floor, I was welcomed by the jerseys and equipment of the some of today’s college elite. There were jerseys of Ed Oliver (University of Houston), Bradley Chubb (North Carolina State University), Lamar Jackson (University of Louisville) and Baker Mayfield (University of Oklahoma). There was also a helmet from Bryce Love (Stanford University) and shirt from Scott Frost (University of Central Florida). Next to the display of Mayfield and Jackson was the illustrious Heisman Memorial Trophy. There was an amazing display of the major awards and bowl trophies. I personally believe the Eddie Robinson Coach of the Year trophy was the best of the bunch. 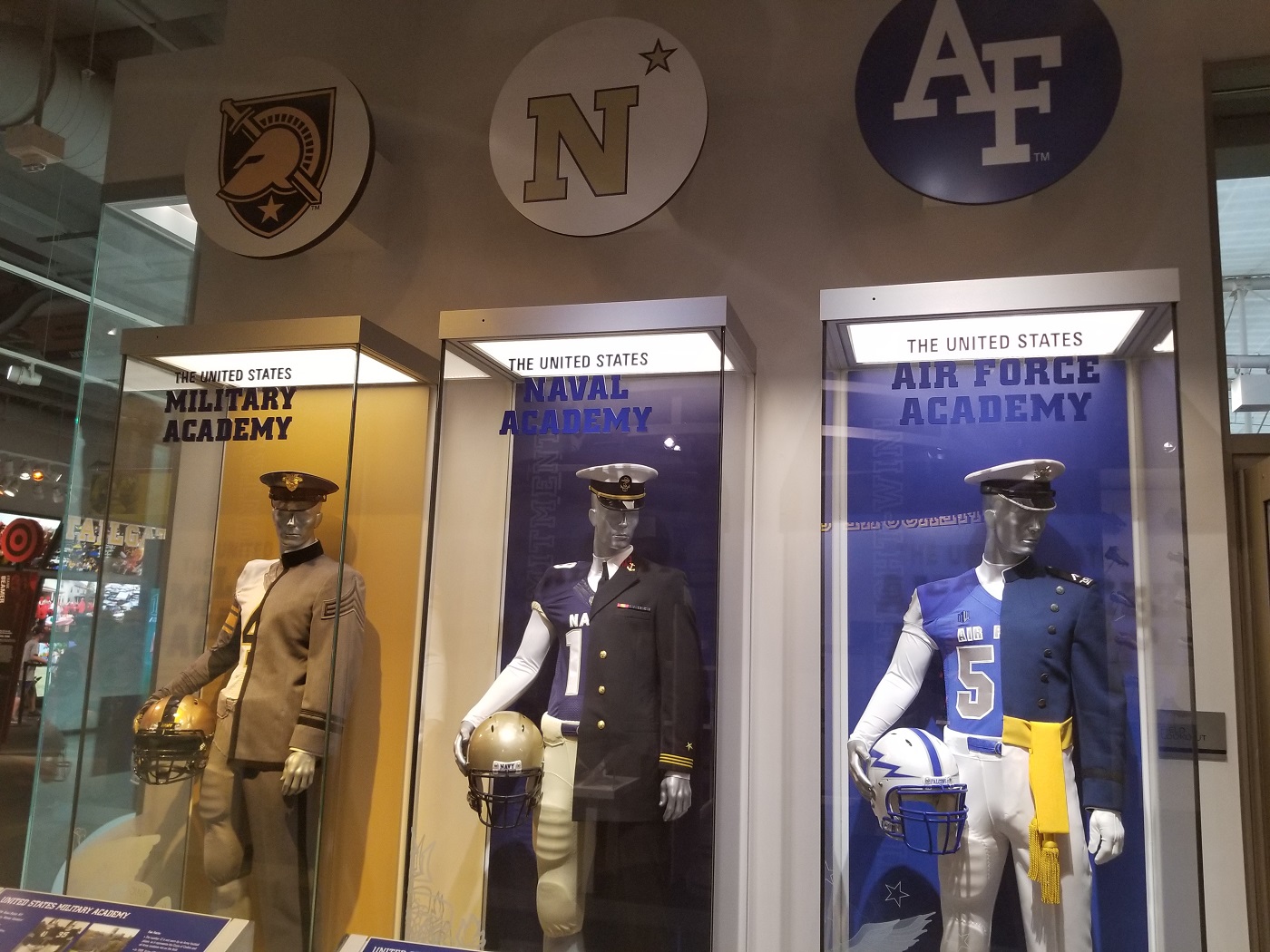 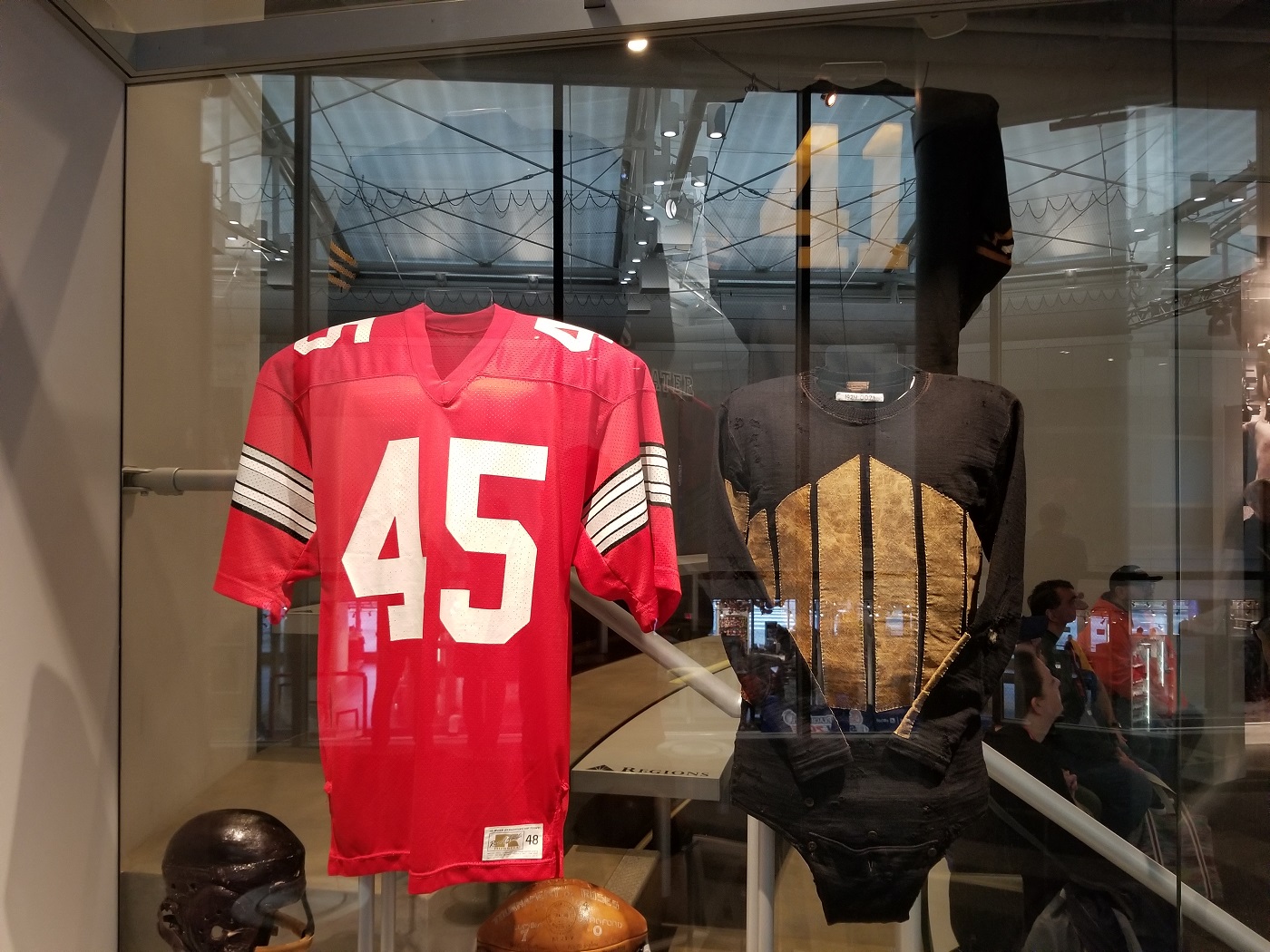 The ESPN College Gameday fan section was a fan favorite of a lot of patrons. They have memorabilia of the Notre Dame and Texas Tech mascots to go along with many others. There is also an ode to the Morehouse College “House of Funk” Marching Band, Ohio State Marching Band, USC “Spirit of Troy” Marching Band and Texas A&M “Fightin’ Texas Aggie” Band. The display next this one paid tribute to notable cheer sqauds from various universities. The section that garnered the most attention was the College Gameday set where fans can record their own segment with the crew.

The coaches who changed the game section was one that allowed me to get inside the mind of some of the greatest. There were books and play sheets from the likes of Bobby Bowden, Paul “Bear” Bryant, Nick Saban and Eddie Robinson. They even had a section that allows fans to run some of the best plays from some of the Hall of Fame coaches. As a football tactician, I enjoyed this area because I was provided the opportunity to read a few defenses and recreate a few iconic plays. The Armed Forces display was one of my favorites in the building. The half student-athlete, half soldier display was one that stuck with me upon noticing it. It is perfectly placed right across from the evolution of the game display. The only reaction that I have in regards to the evolution of the game is that I am glad equipment has improved enormously since the beginning of the sport. 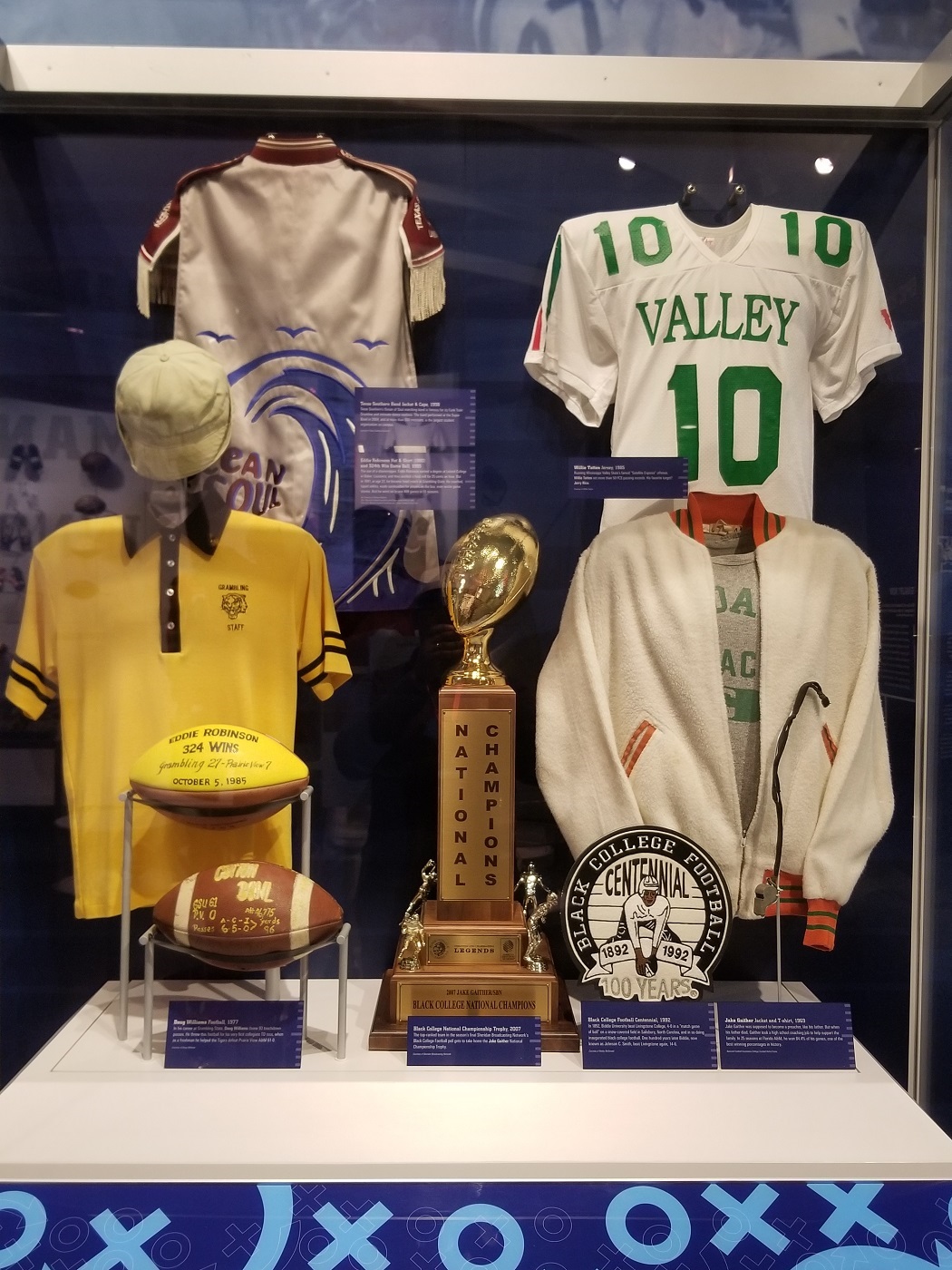 The display most sentimental to myself was the homage to the legends of Historically Black Colleges and Universities (HBCU’s). There are so many football legends that started from these humble beginnings such as Walter Payton, Jerry Rice, Michael Strahan, Shannon Sharpe, Deacon Jones, Aeneas Williams and Steve McNair to name a few. Also, some of the greatest college football coaches led HBCU programs such as Eddie Robinson, Marino Casem, W.C. Gorden and Doug Porter. This segment of collegiate sports is less heralded than their bigger budget counterparts but they have produced some of the greatest to ever play the sport. This display should have been bigger to draw more of an interest to it and help bring attention to its importance. 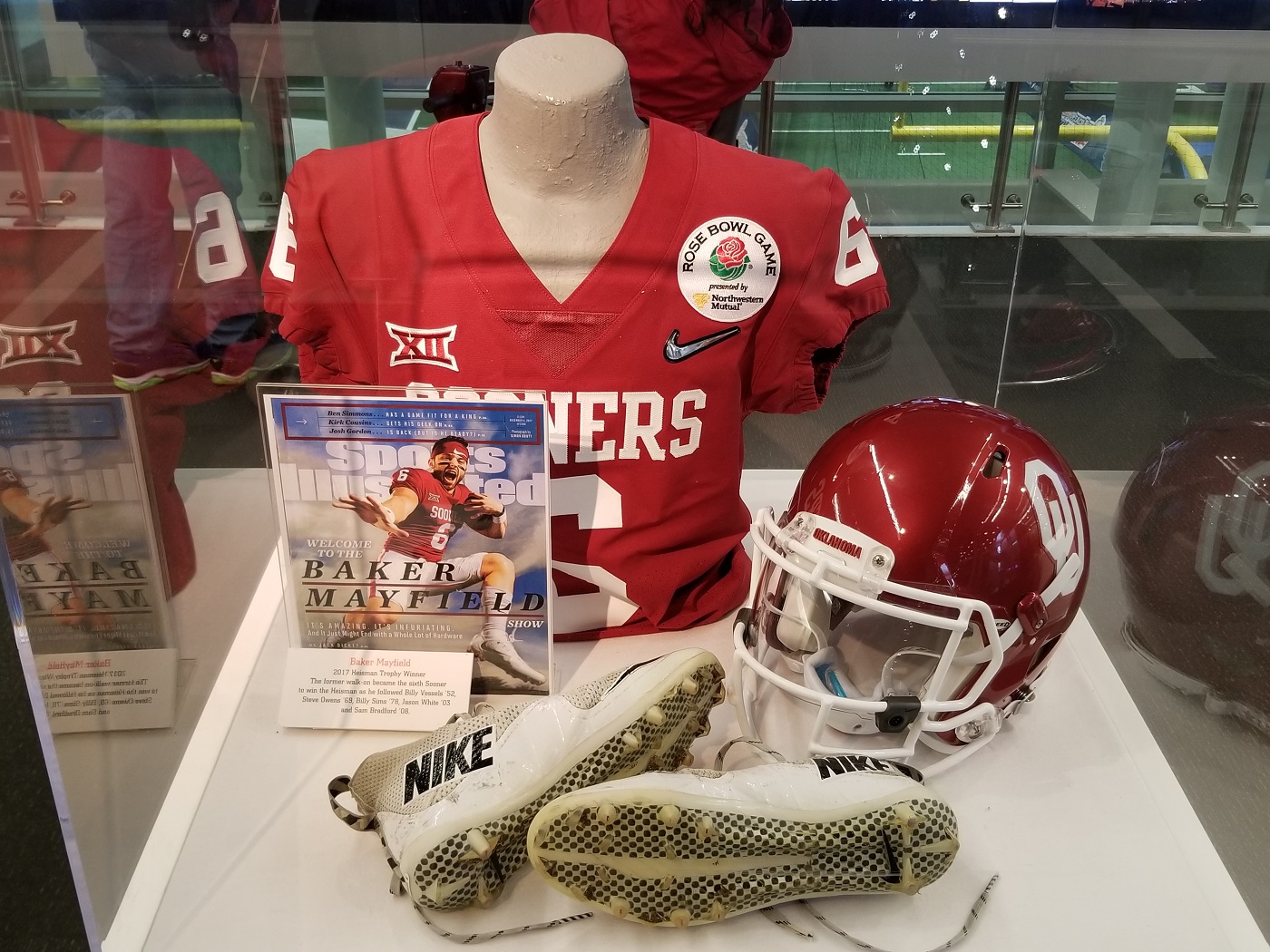 Rivalries are a huge part of the game and I enjoyed the history shared regarding some of the most notable rivalries in college football history. There were the usual suspects with the Iron Bowl, Red River Shootout, The Big Game, Harvard-Yale, Army-Navy, Notre Dame-USC, Michigan-OSU and the Bayou Classic. There was some great history shared on each rivalry and why it is significant. I learned a lot about some of the rivalries that I didn’t know before walking in the building.

This is one tour that I believe all college football fans should attend if in the Atlanta area. This experience provides some amazing information regarding every NCAA member school. There are a lot of interactive displays and the hall of fame field for the fan that wants to get in the game. This was an amazing unexpected adventure that was well worth admission. 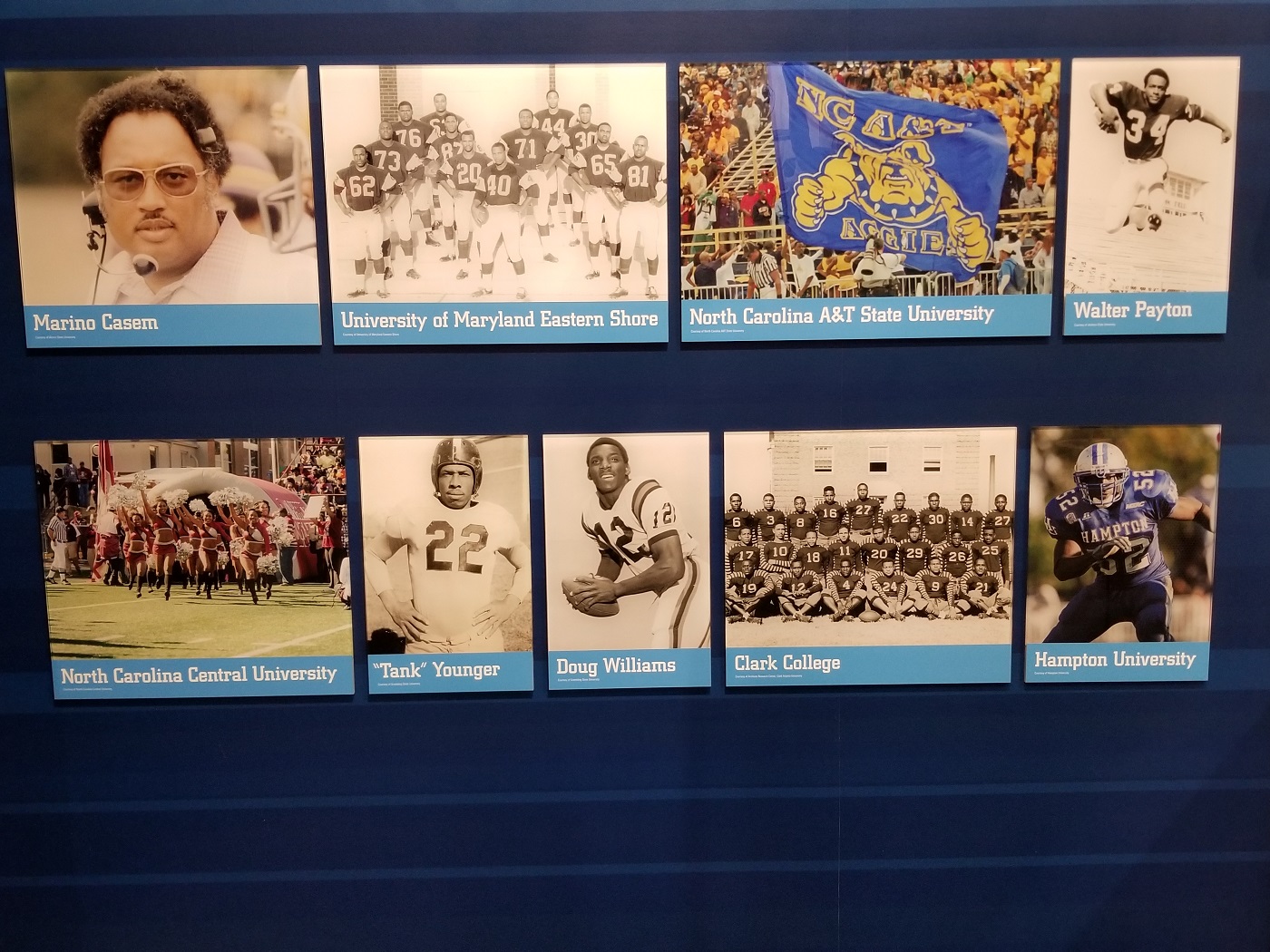 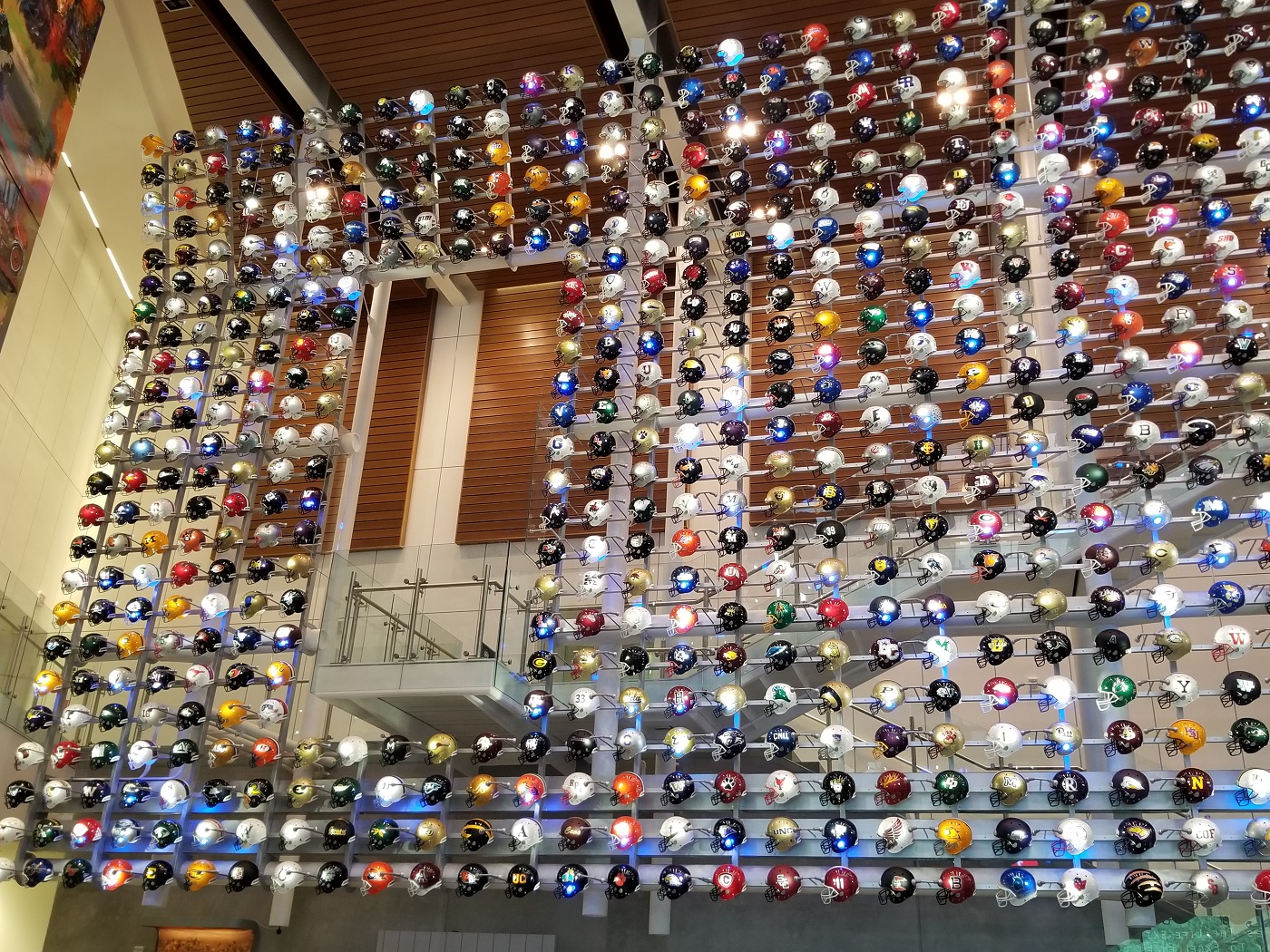 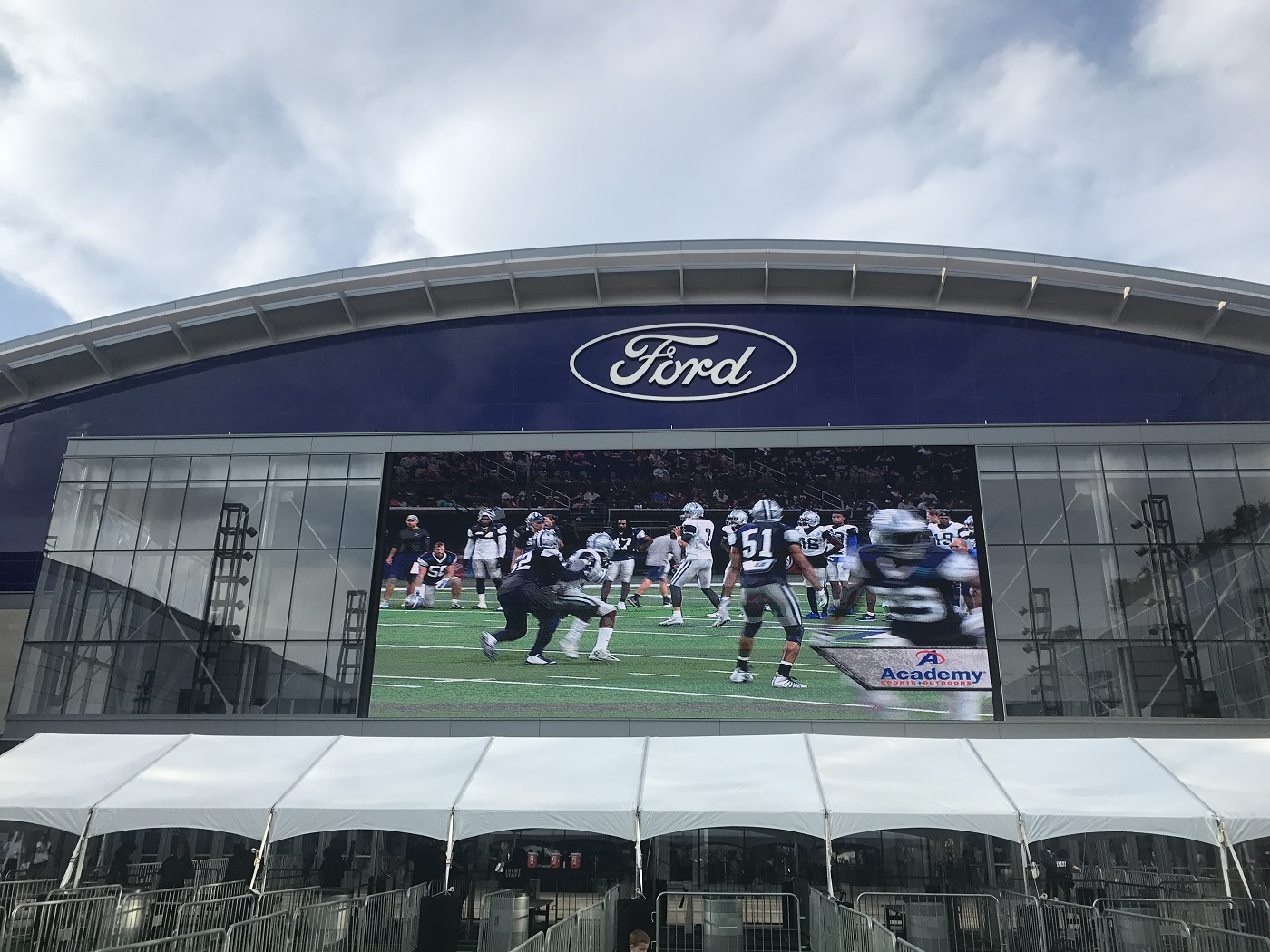 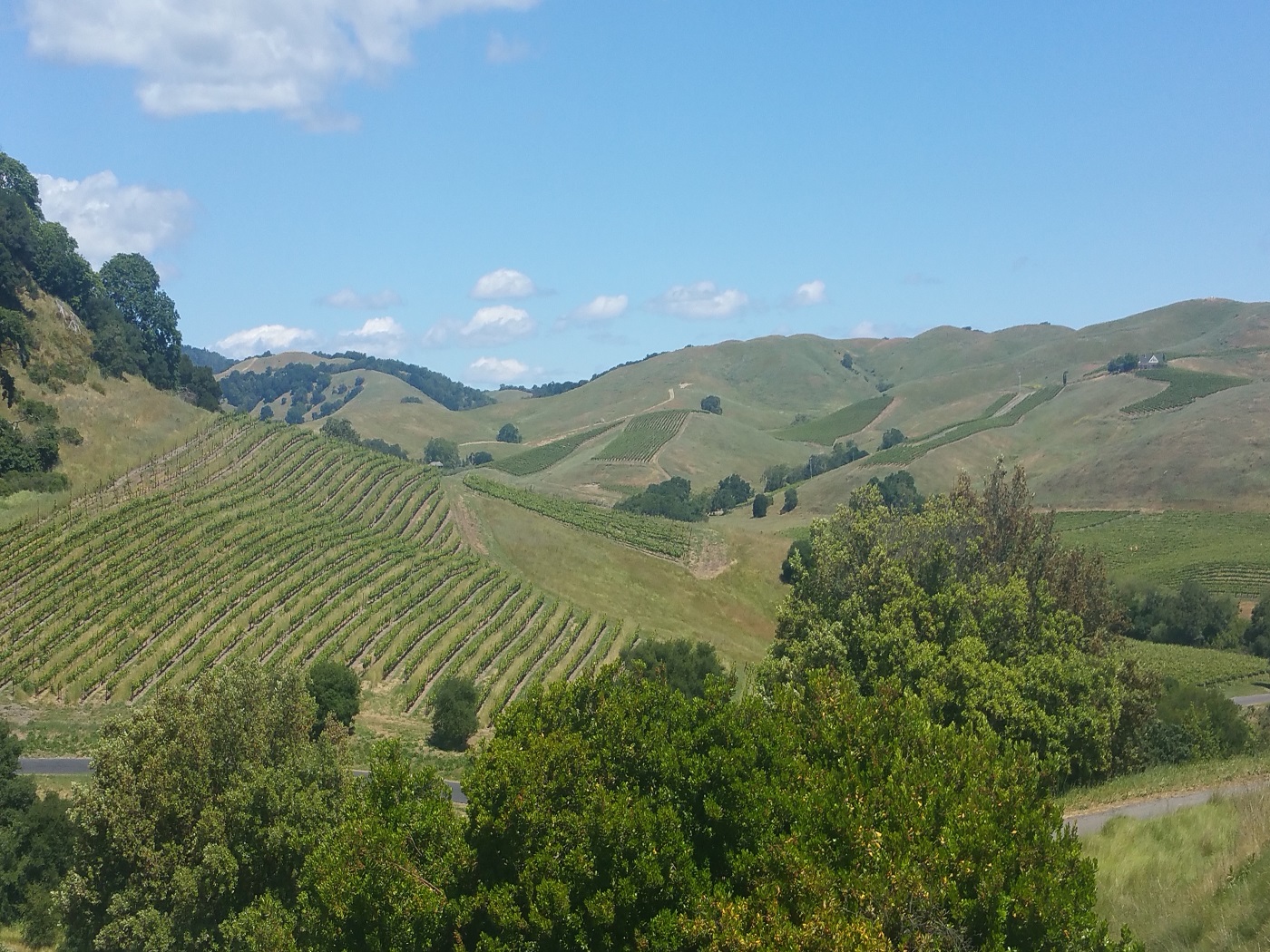 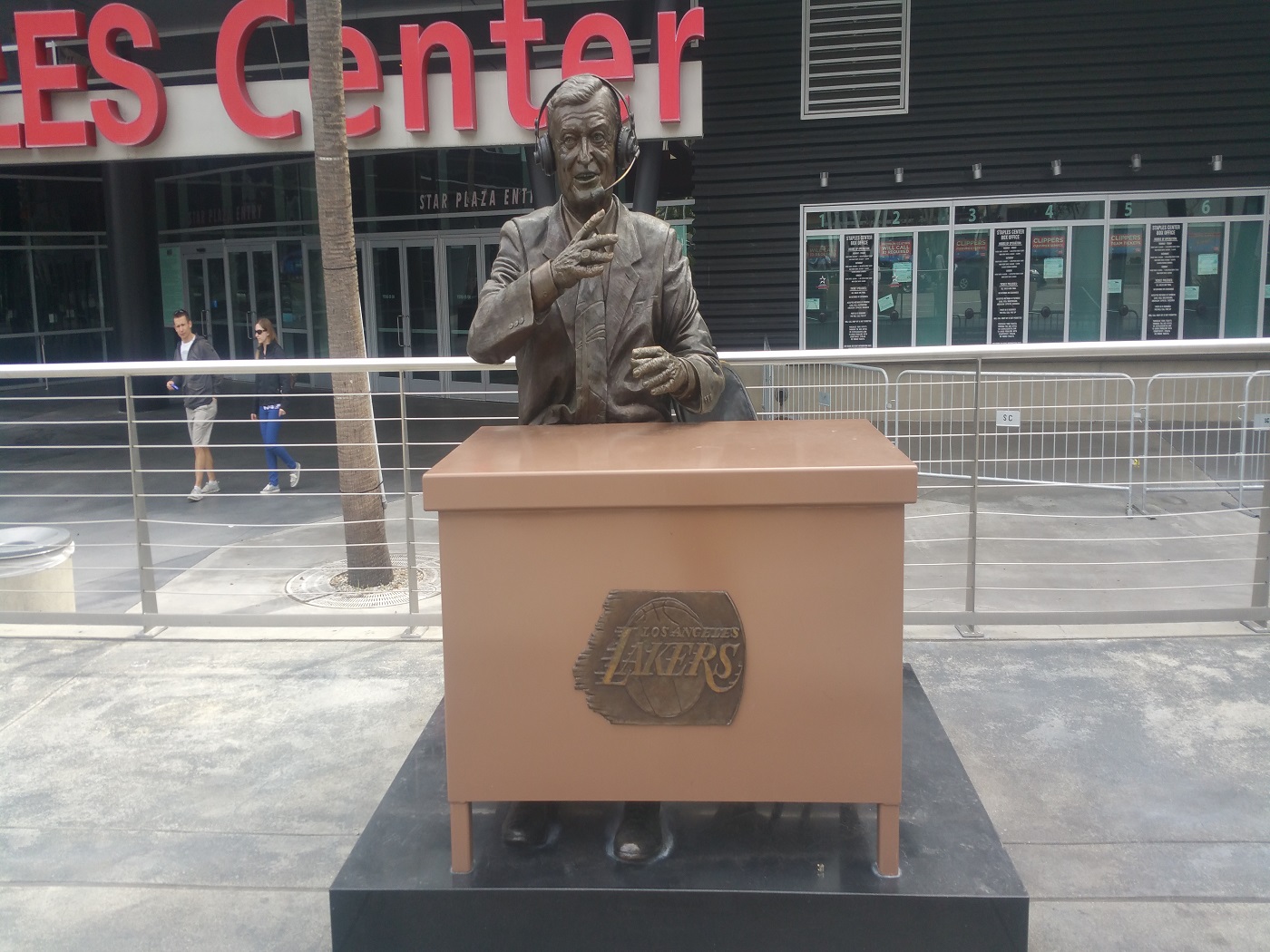 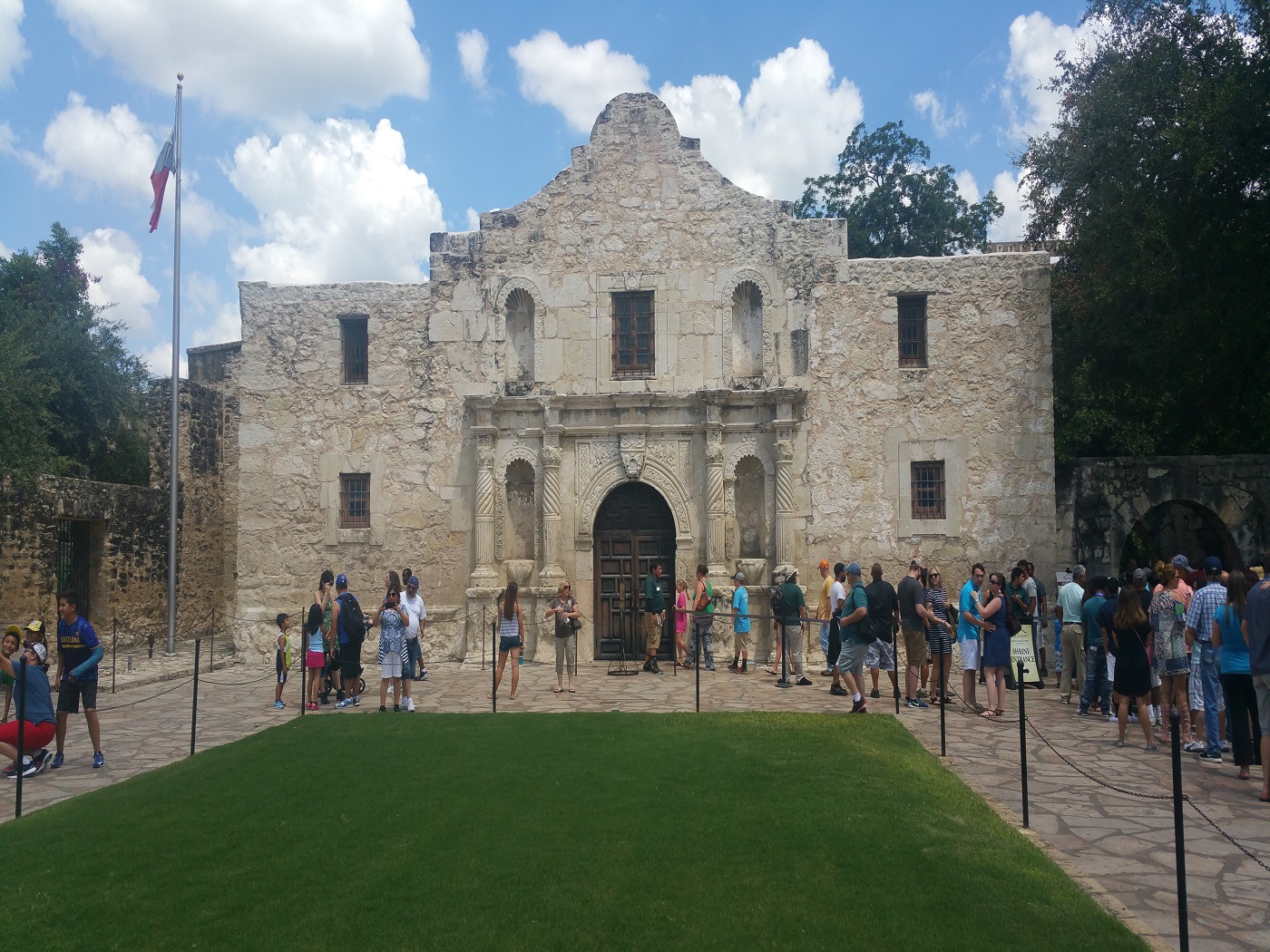 Has one comment to “College Football Hall of Fame”