My visit to the Baby Dome was for one reason and one reason only. See my Alma Mater The Alabama State University visit the Prairie View A&M Panthers.

I have visited the campus of Prairie View A&M on several occasions but never stepped foot into the William “Billy” J. Nicks Building to witness a game. With my schedule being available and the opponent being my Alma Mater, this visit made a lot of sense and was easy to put together.

Here are my thoughts on the Baby Dome. 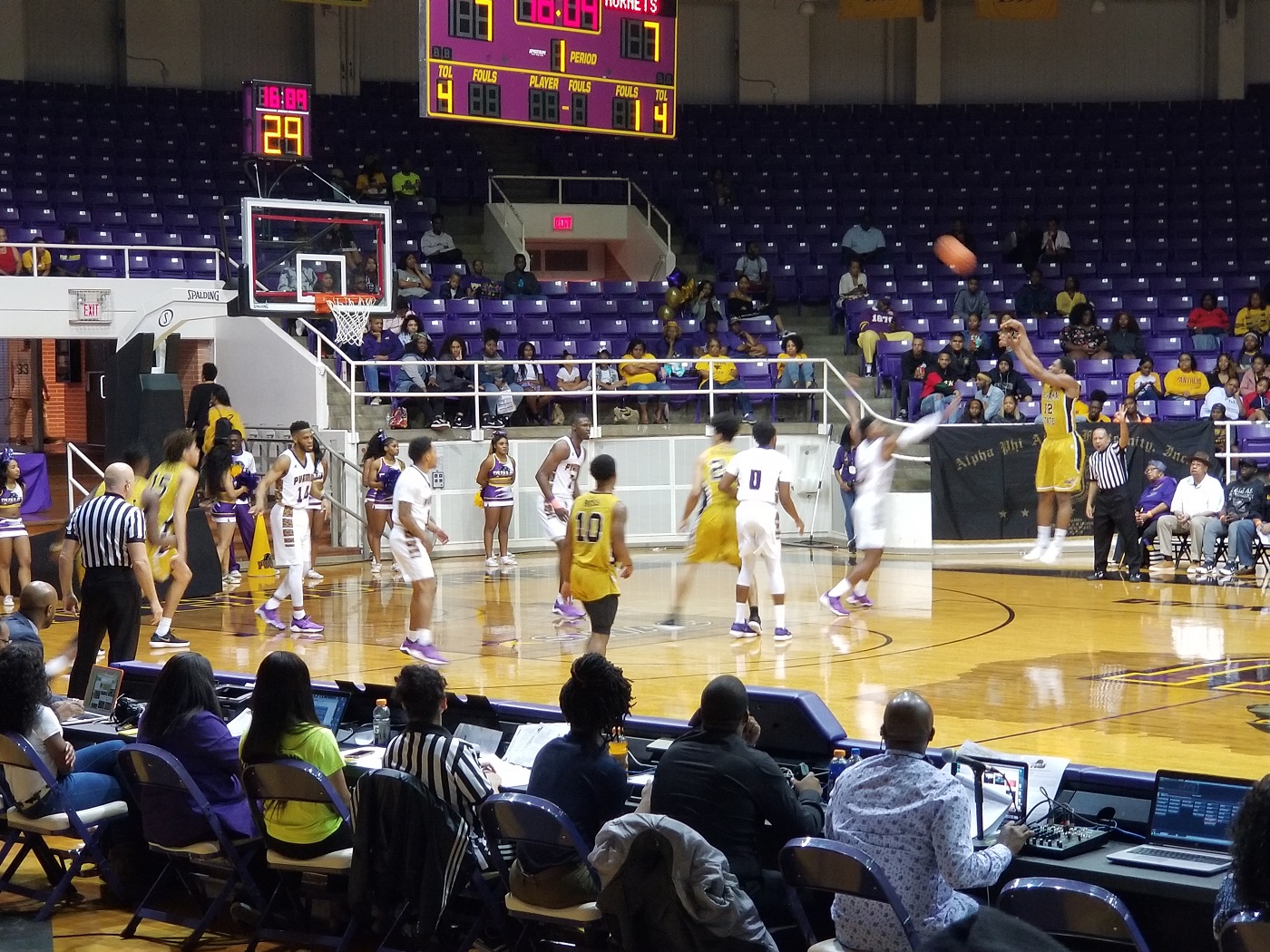 The arena sits right across the street from the newly built Panther Stadium. It stands large on campus as has a nice walk up. When you walk in the arena you are immediately at court level and catch the feel of being in the game. It is a single level arena so you are on top of the action from every seat inside of the arena. The colors pop inside of the arena as royal purple covers the entire venue. The floor design also stands out and is rather impressive and is proportionally contrasted. I’ve seen the court on television so I know that it projects well on the big screen. The only thing missing is the schools website and social media links but that isn’t a necessity. 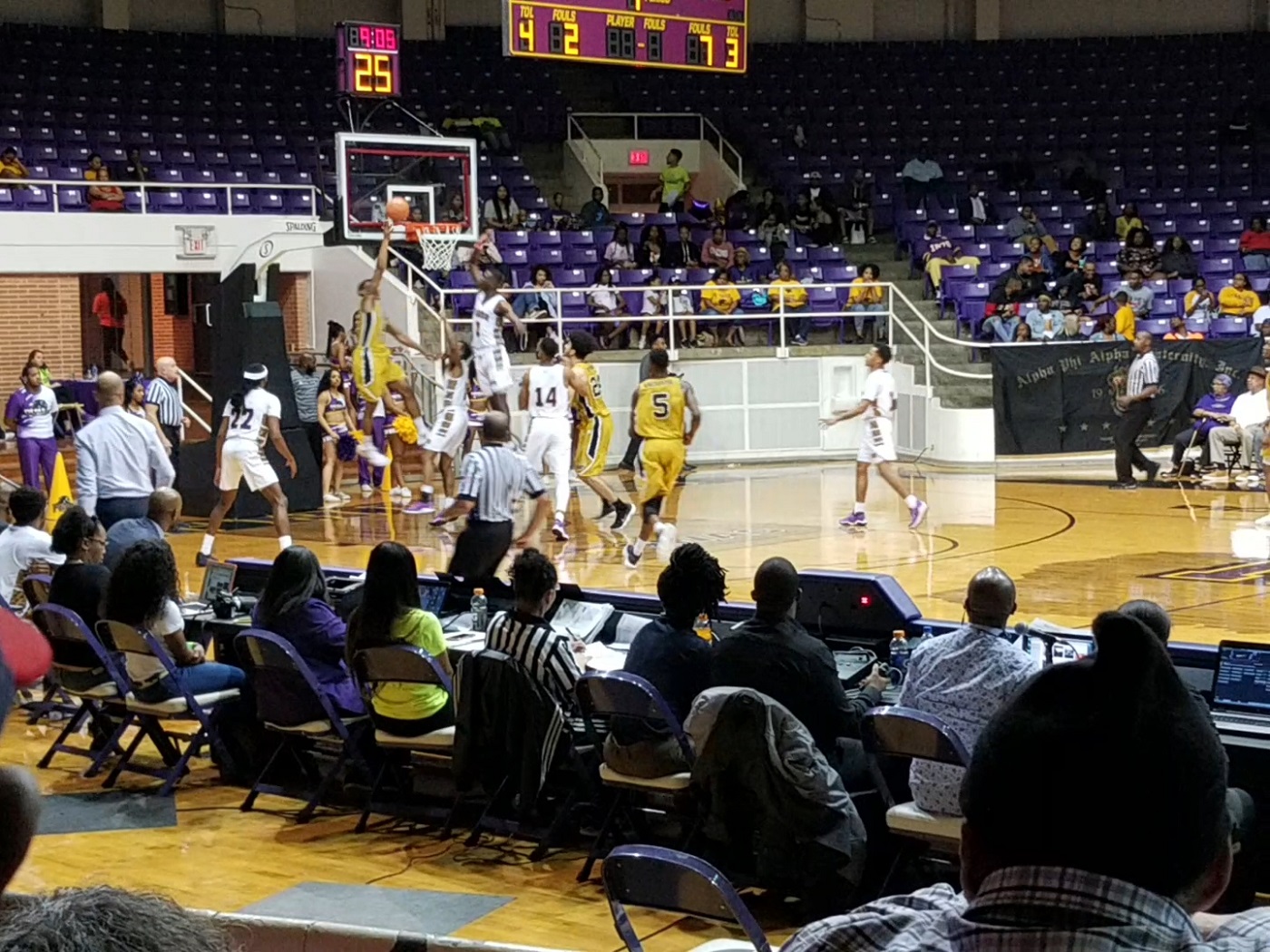 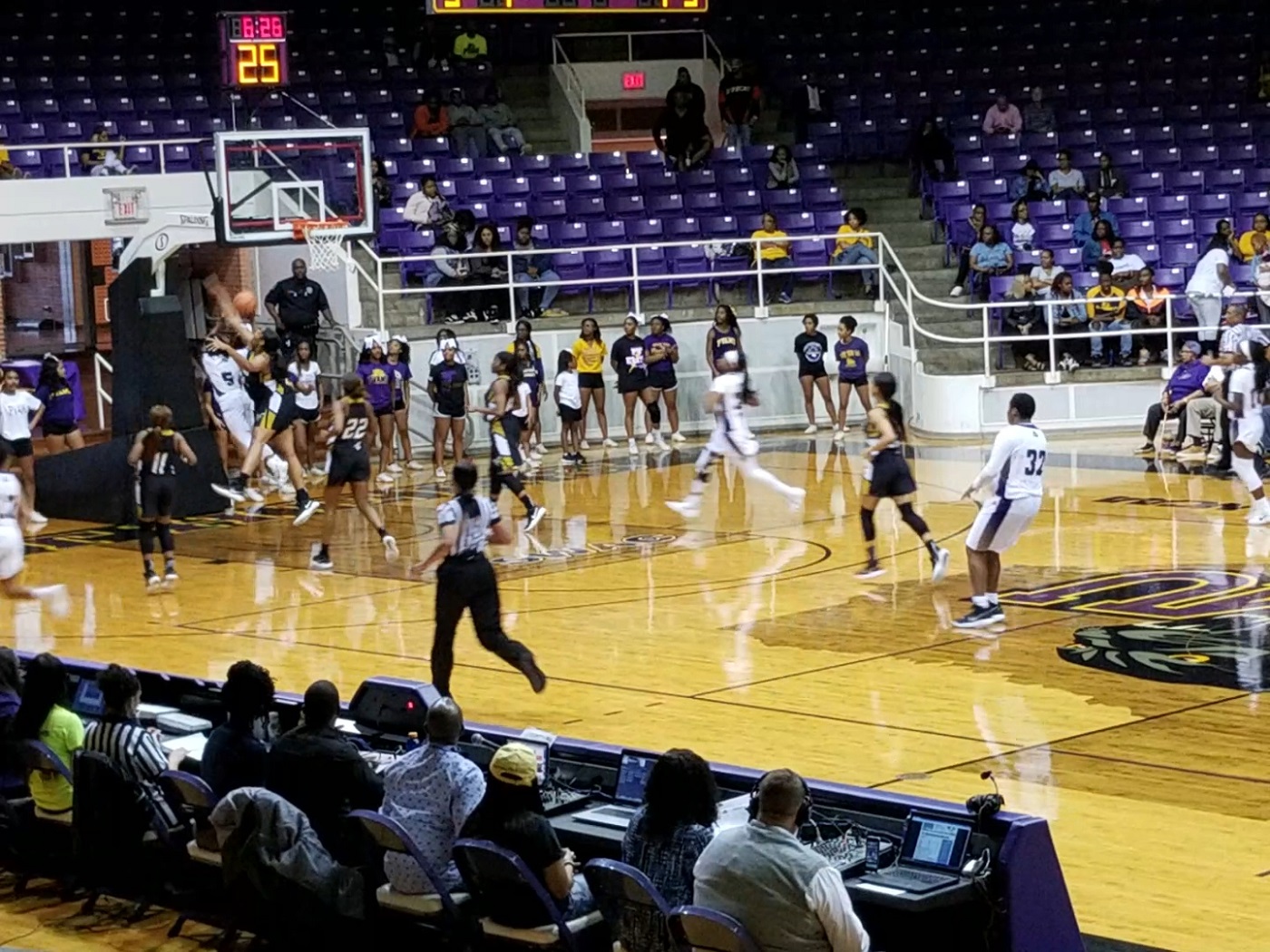 The concession prices are very reasonable and they have a number of Texas sized items. They also have souvenir cups available which is something that most universities don’t sale. This adds to the experience because it lets you take home something to remember the experience of attending. The in-game action was also something that was great. They had several contest during each game that got the crowd involved. There is also a strong sense of history inside of the venue. There are banners in the rafters representing every sport that has achieved a major feat. This was something that stuck out to me because I was unaware of the history that the Prairie View sports program possesses. 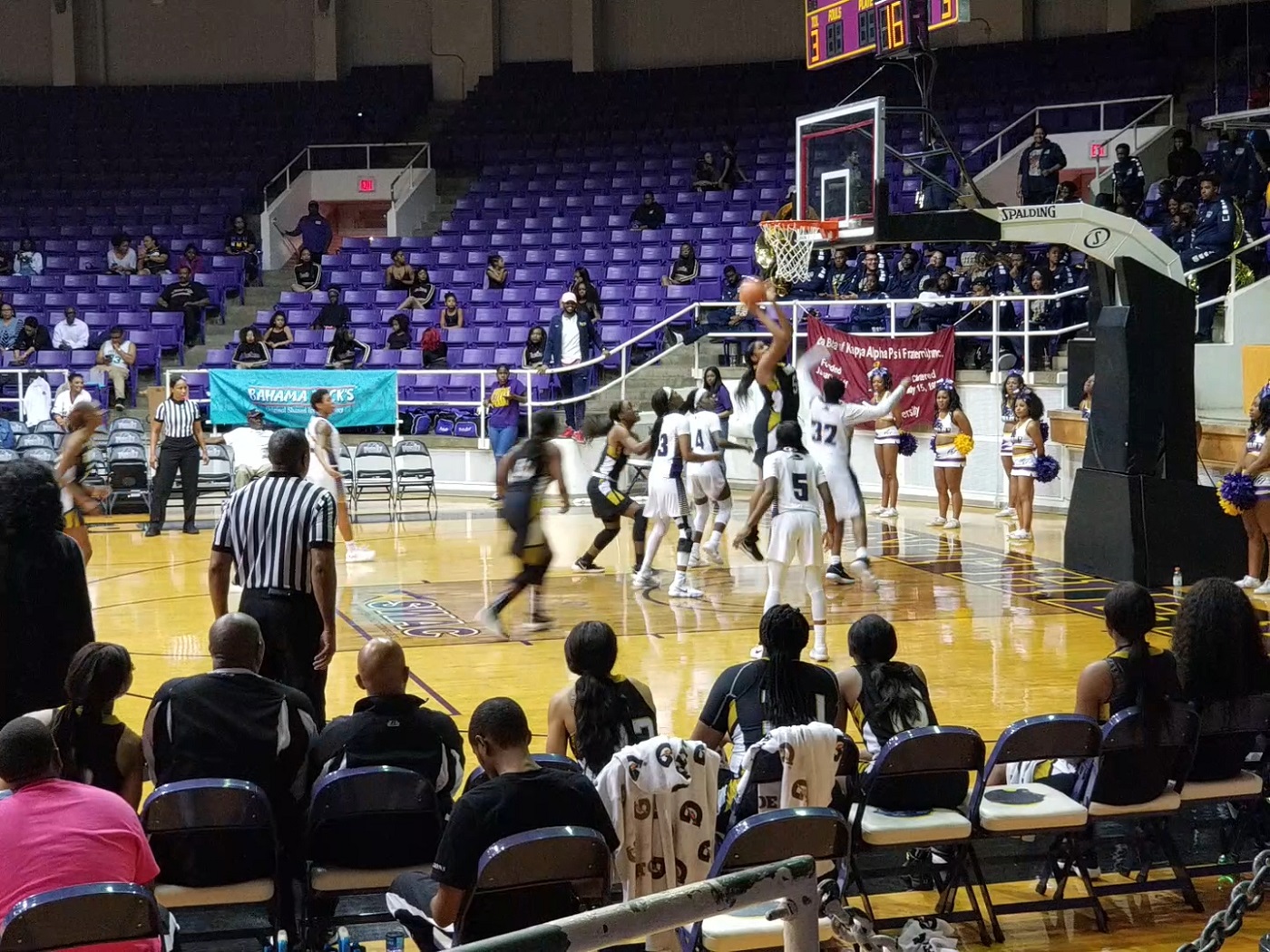 The biggest thing that stood out was the uneven distribution between the arena music and band. The band only played roughly 10 to 15 percent of the time while the rest of the music was played through the arena speakers. It can be misleading to the crowd because I was expecting the band to light the arena on fire. Instead of providing entertainment, they became a part of the crowd that just happen to be holding instruments. The bands lack of involvement left me wondering why they were there because they did more chanting and dancing with the arena music than playing.

Student involvement is something that I would have liked to see more of. This is not a problem of just Prairie View but of all institutions that aren’t in the upper echelon of college basketball. The student section only had 9 active individuals pepping up the crowd and getting at the opposing team. Regardless of opponent, there should have been more students there that were involved in the action. Again, this isn’t something that I wasn’t expecting but I was hoping that it would be better. The gym was also not as big as I expected from looking at the outside view. What you see on the outside is what you get on the inside. 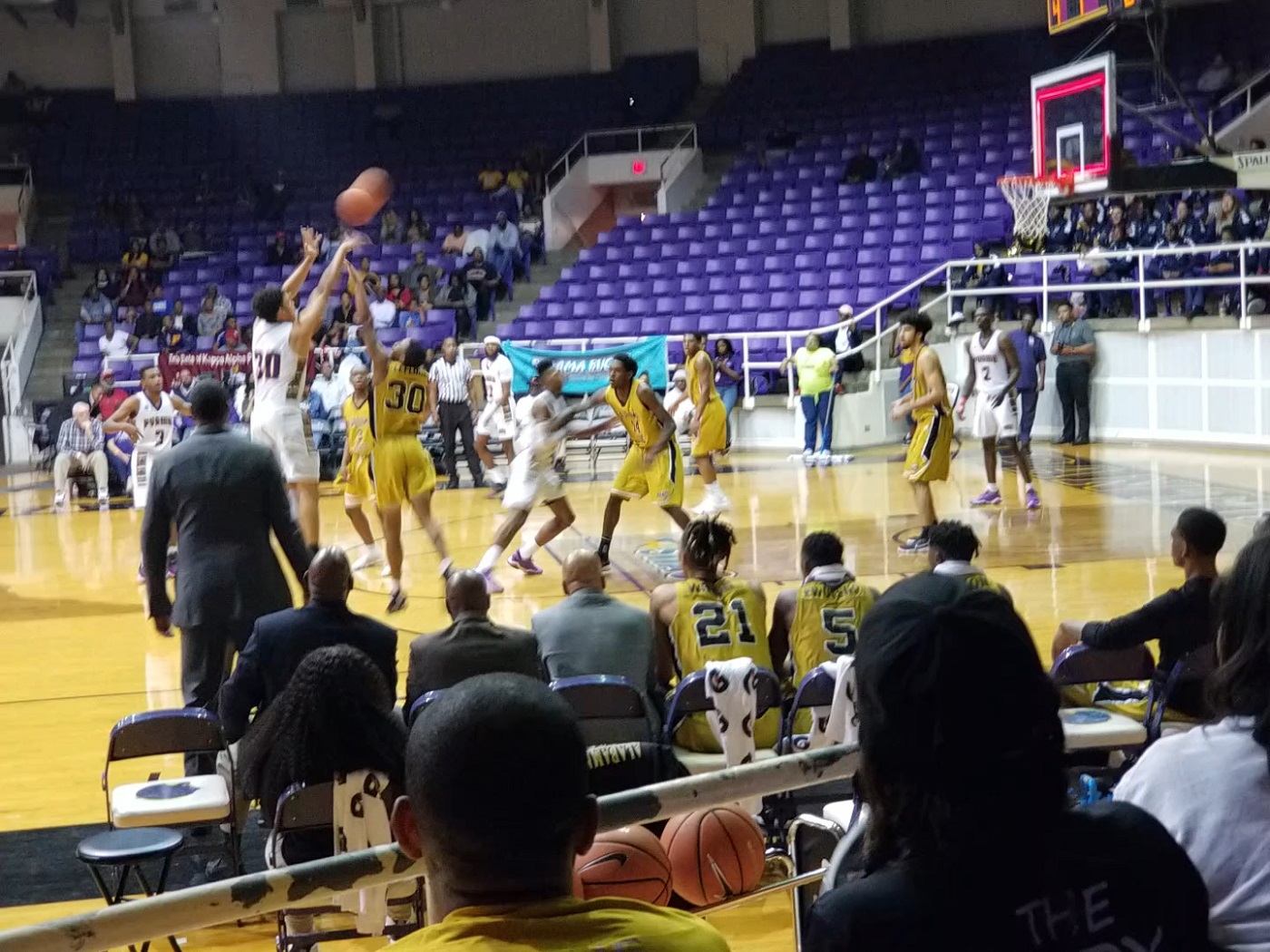 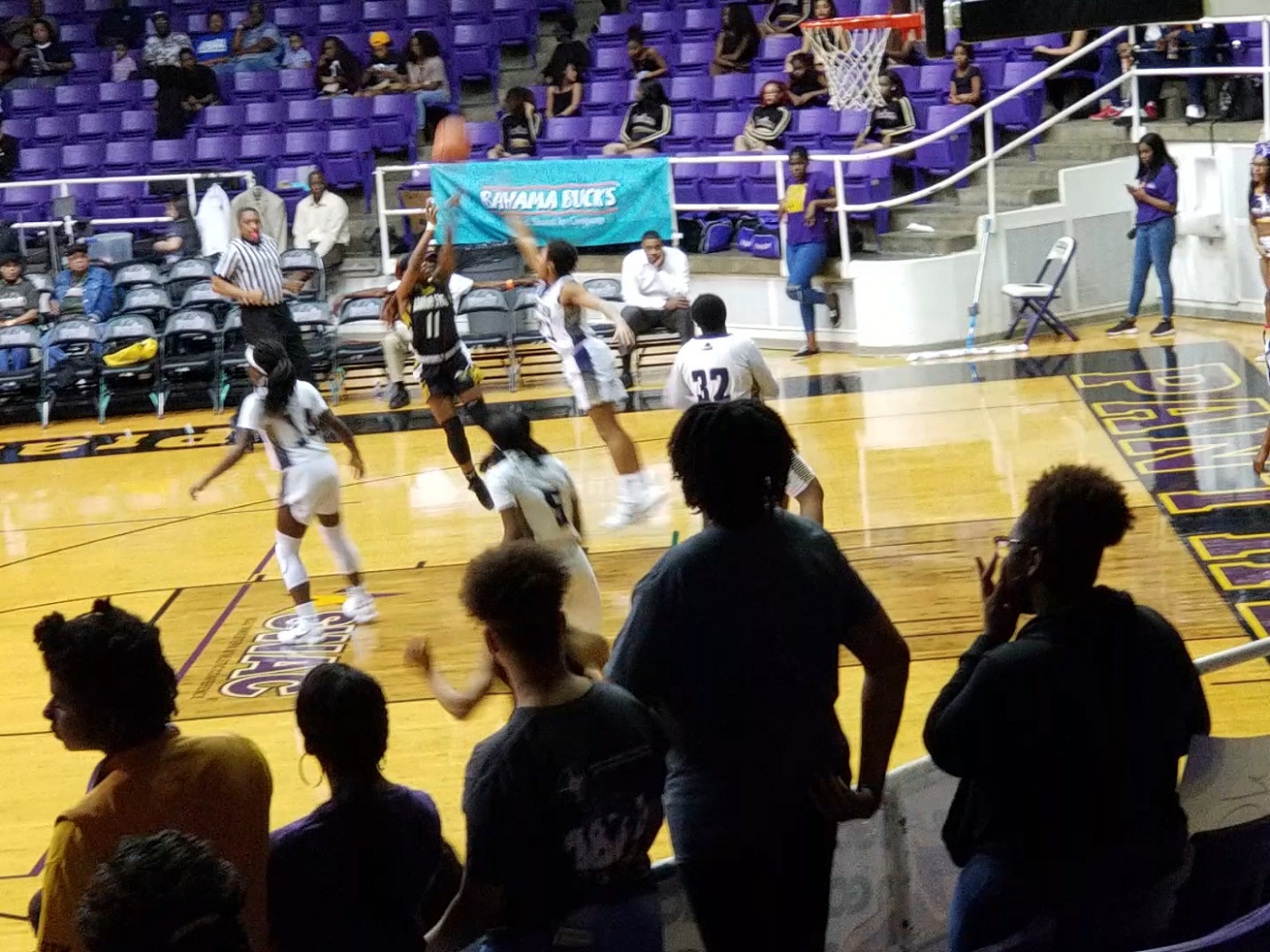 I would give the Baby Dome an 8 out of 10. It is a small venue that provides great views from any seat and inexpensive pricing. It is a venue that will fit easily into any budget and provide some on court excitement. The band, dance team, cheerleaders and contests add to the in-game experience.

If you ever find yourself in the Prairie View, Texas area and want to see a nice college basketball venue then make a visit to the Baby Dome. Every seat is a great seat and the significance of history is on full display. There isn’t a bad seat so sit where you desire and enjoy the entertainment. 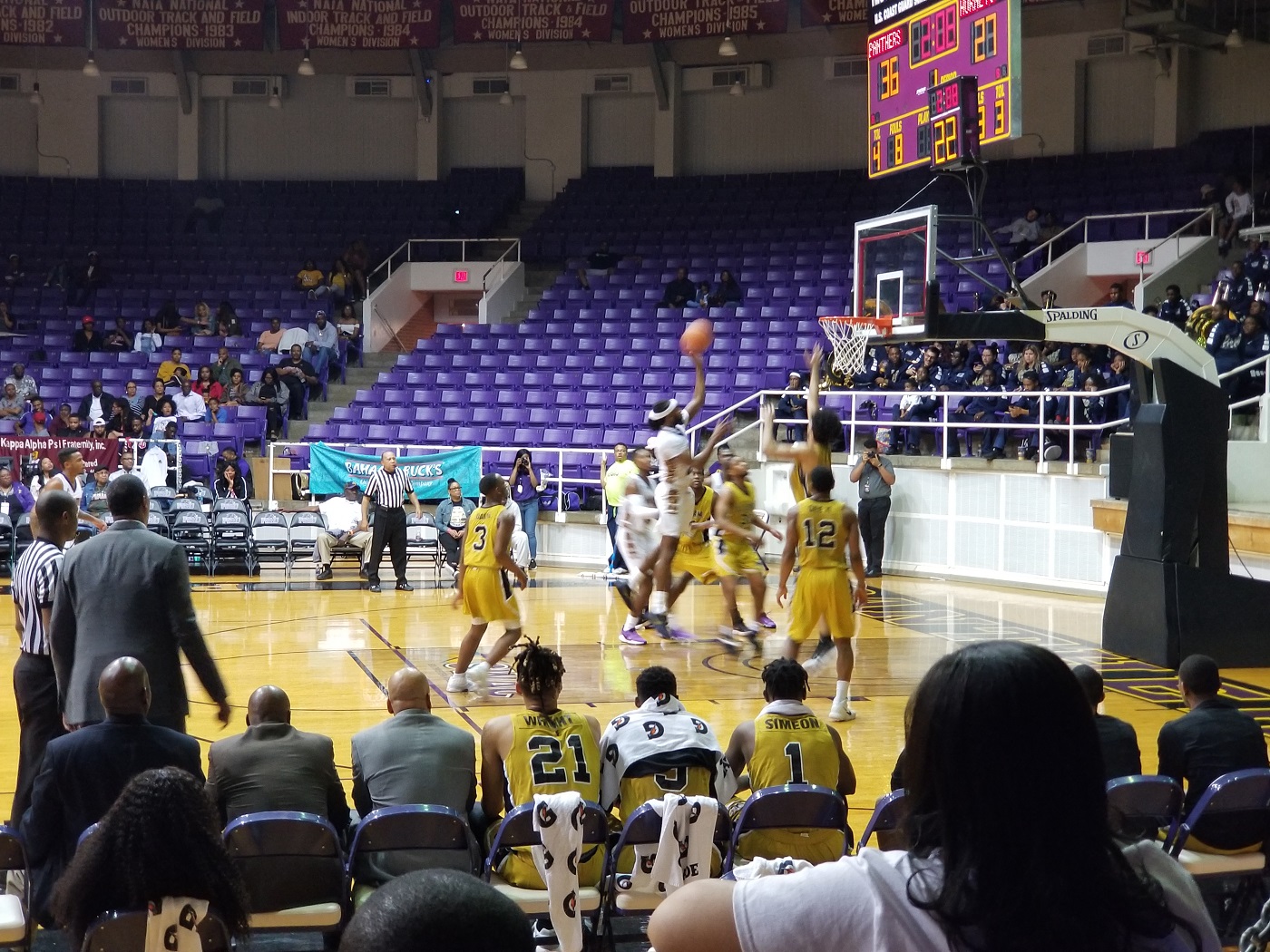 Has one comment to “William “Billy” J. Nicks Building”